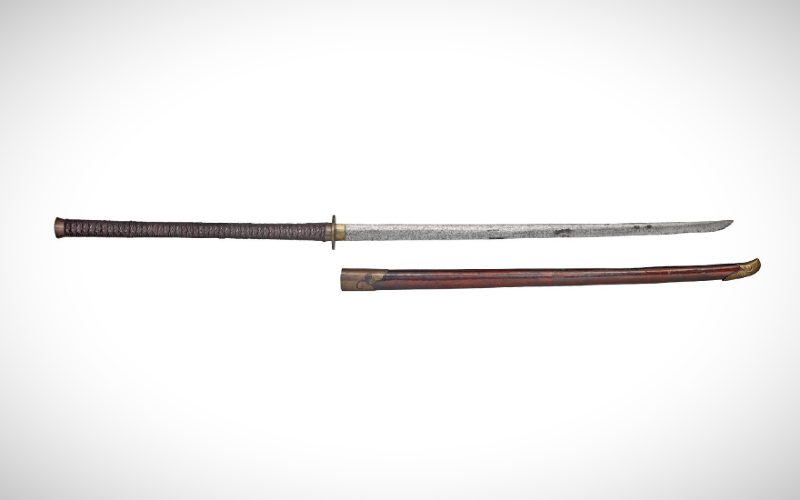 The Chinese zhanmadao was a large, two-handed saber of the Qing dynasty. It once served as an anti-cavalry weapon designed to cut through a horse’s legs, hence called the horse chopping saber. Like any other Chinese weapon, the zhanmadao has a rich history. Let’s explore how the Chinese evolved into the shape we know today and what makes it unique.

The zhanmadao had various forms throughout history, but its most famous shape originated from the Qing dynasty. Here are the general characteristics of the horse chopping saber:

The zhanmadao is a saber, so it has a long broad blade with a single cutting edge. It generally has a slight curvature that makes it efficient for cutting and good blade flex. The zhanmadao is usually straight for most of its blade length, only curving in the last third.

The zhanmadao had a long handle suitable for two-handed use. It typically featured an iron disk guard, iron pommel, and wooden handle wrapped with braided leather strips. These swords usually had wooden scabbards covered with leather and lacquer. Today, you can find several replicas with decorative handguards, hilts, and sheaths.

In Chinese history, the term dao referred to a variety of single-bladed weapons, including sabers and polearms. Here are the things you need to know about the zhanmadao:

The zhanmadao once served as an infantry anti-cavalry saber.

Chinese armies were usually composed of a front rank of men carrying shields and spears, close combat troops fighting with swords and polearms, and crossbowmen and archers in mixed formations. The Southern Song general Yu Fei armed his anti-cavalry men with a horse chopping , allegedly zhanmadao, against the Jin armies.

During the Ming dynasty, long sabers were not called zhanmadao, as the term referred to large blades on polearms of the time. Instead, the Ming military generally called their long sabers dandao, meaning single saber. Warriors usually used sabers with a shield, so the name dandao implied that the saber was so large that it required using both hands.

The term changdao literally means long knife, so the Chinese used it to describe a larger group of very long sabers. It had no specific length, but most sabers of this type were generally between 120 and 180 centimeters, with handles always shorter than the blade. Hence, the later zhanmadao falls under the category of changdao.

The Chinese used long sabers to fight the Japanese pirates.

In 16th-century China, Japanese pirates, also known as wokou, used their extremely long saber odachi to raid Chinese coasts. As a result, general Qi Jiguang urged Ming workshops to craft long sabers to fight them. Many of them remained in use during the Qing dynasty.

The zhanmadao was one of the long sabers of the Green Standard Army.

A large force of the Qing dynasty military, the Green Standard Army adopted weapons and tactics from the preceding Ming army, including the use of long sabers. They used different types of long sabers, including the zhanmadao, changren dadao, shuangshou daidao, beidao, and wodao. The wodao was a Japanese-styled saber, and it stayed in the Chinese arsenal long after clashes with the Japanese pirates.

Some surviving examples of zhanmadao are similar to Japanese nagamaki.

The zhanmadao has a long handle, so similar weapons include the Japanese nagamaki with an extra-long handle, almost the same length as its blade. However, the so-called Japanese zanbatō technically never existed. Contrary to popular belief, the zanbatō is just the Japanese reading of the Chinese zhan ma dao.

In the Chinese language, the term zhǎnmǎdāo (斬馬刀) literally means horse cutting blade. However, the name also referred to a variety of Chinese weapons throughout history.

The first zhanmadao was a legendary imperial . In the 1st-century Hanshu, the author referred it as the Imperial Workshop’s Horse Cutting or Shàngfāng zhǎnmǎjiàn. However, the name suggests that it is a straight, double-edged jian.

The Shàngfāng zhǎnmǎjiàn was a mighty made for the emperor for ceremonial purposes and for executing treacherous officials. Hence, “horse cutting” was a reference to the ’s power rather than its practical use.

From 960 to 1279, the zhanmadao served as a good tool for war. The Song military was in constant battle with the Jin cavalry, which created the need for specific anti-horse weapons. Workshops manufactured excellent swords for the Song military, though they were not large enough, with a length of about a meter or 3 chi.

From 1368 to 1644, the zhanmadao referred to large blades on polearms. It appeared in various Chinese texts, including the Record of Four Towns and Three Passes, also known as Sì Zhèn Sān Guānzhì; the 1585 Jing Guo Xiong Luo; and the 1638 Wǔbèi Yàolüè. It is usually depicted with other Chinese polearms like guandao and yanyuedao.

From 1644 to 1912, the zhanmadao developed into the shape we know today. It served as one of the great sabers of the Qing dynasty, commonly referred to as the horse chopping saber. The Green Standard Army used the zhanmadao, along with other two-handed swords.

The longest Qing sabre was the changren dadao, with an overall length of about less than 180 centimeters and a blade length of around 115 centimeters. Hence, the Chinese called it the long-bladed great saber.

The shuangshou daidao and the back saber beidao are shaped like a zhanmadao but are shorter. The Japanese-styled wodao or bandit lair saber is shorter and heavy. Today, Chinese martial artists refer to wodao as miao dao. The name change was probably due to disassociating it from the Japanese.

Throughout history, the zhanmadao referred to a variety of Chinese weapons, from large blades on polearms to long sabers. Today, it is known as the horse cutting saber of the Qing dynasty, and remains one of the most formidable Chinese weapons. 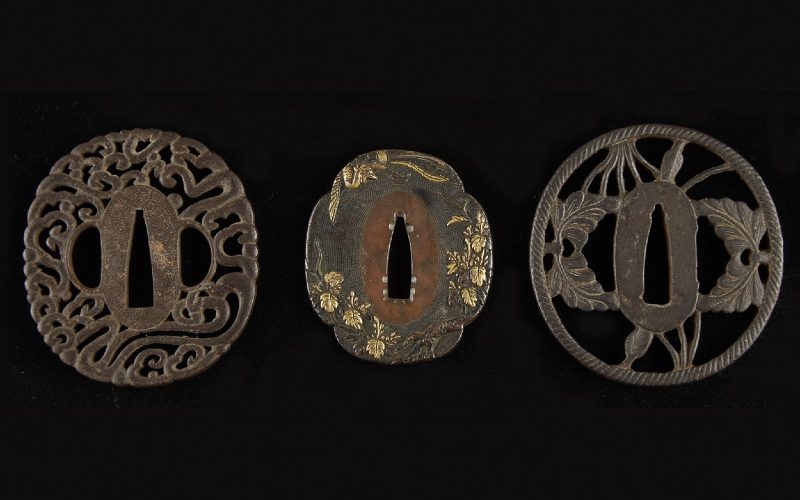 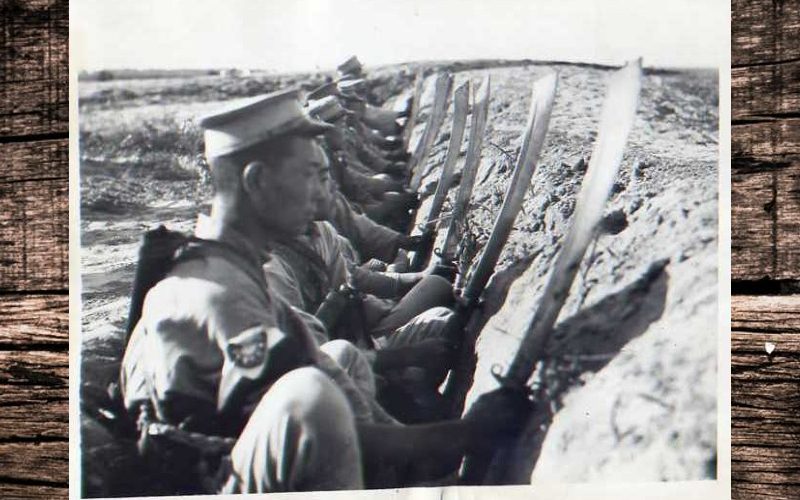 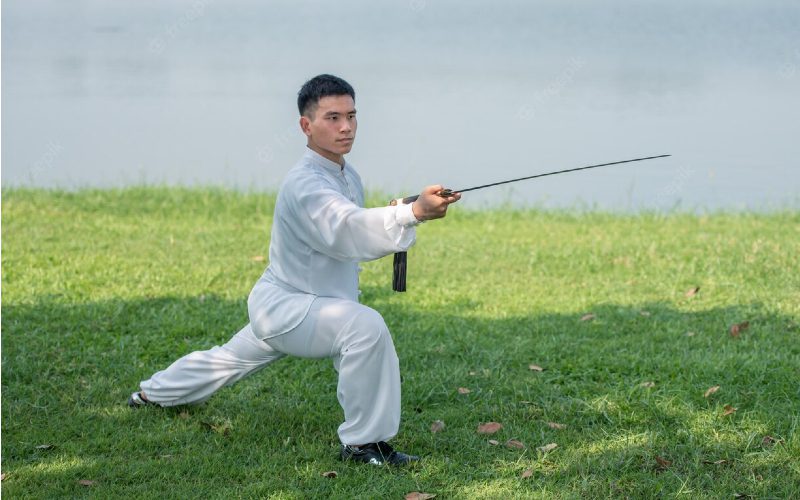 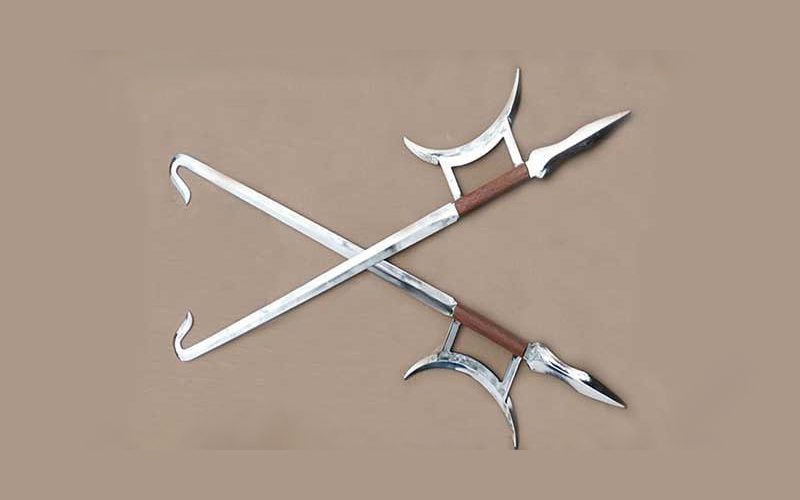