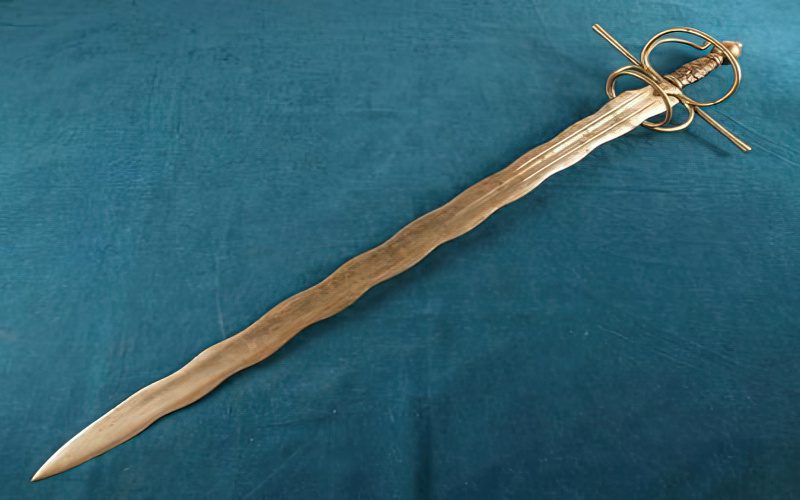 Swords with wavy blades appear in many cultures around the world. Certain flame-bladed swords have come to be known as flamberge, though they should be appropriately called flammards or flambards. Many people mistakenly believe these weapons could inflict a more deadly wound than swords with typical straight blades.

Learn more about the history of wavy-bladed swords and debunk some myths about them.

Wavy blades can be found on different types of swords, including European and South Asian blades. Some served as weapons of war while others had practical and ceremonial functions. However, many swords were typically equipped with a straight blade and only had a wavy variation.

Two-handed sword of the German Landsknechts, the zweihander is most recognized by its slender, long blade with parrying hooks. Most had straight blades, while others had wavy edges. As a greatsword with massive size, it required the use of two hands, and the soldiers carried it over their shoulders like a halberd.

The doppelsöldners who wielded the zweihander received double pay. On the battlefield, they independently attacked the pikemen and created gaps in the enemy’s formation. When European armies began to rely on gunpowder, the zweihander served as parade swords, becoming heavier and more ornate.

The German hunting tradition produced fine examples of bladed weapons such as hunting swords, cleavers, and carving knives. Hunters generally used hunting swords to finish off an animal wounded by shot or spear.

Blades widely varied in design, ranging from straight single-edged to wavy undulating edges. By the 18th century, the hanger-type hunting swords became a model for a foot soldier’s sword.

Basket-hilted swords were throughout Europe from the mid-16th century. They typically had straight, double-edged blades (broadswords) or single-edged blades (backswords). However, rare examples of mortuary swords featured a wavy blade and sometimes a curved blade about the size of a cavalry saber or cutlass.

The rapier was the civilian weapon for self-defense and dueling throughout the 16th and 17th centuries. Associated with the court and fashion, it came with fancy hilts in keeping with fashionable styles. Rapiers traditionally had a narrow, sharp point and nearly edgeless blade, efficient for thrusting.

However, some rapiers featured wavy-blade designs, likely as a way for sword makers to show off their artistic skill or an attempt to add some slicing capability to the thrusting sword. Some examples even featured serrations on cutting edges with an unusual stepped appearance. By the late 17th century, the rapier evolved into a lighter weapon known as the smallsword.

The kris or keris is a double-edged stabbing weapon that originated in Java, Indonesia. With shared heritage among regional neighbors like Brunei, Malaysia, the Philippines, and Thailand, it also served as a talisman for protection and a social status symbol. Its blade may be straight or have about five to fifteen waves, though the former is much more common.

Each wave in the blade indicated the status of the owner, as a three-waved kris would belong to a warrior, while a sultan’s weapon would have nine. Varying in size, the Filipino kris were typically larger and heavier than the Indonesian kris. In Thailand, the weapon generally had a carved handle depicting various Hindu gods.

Wavy blades were more commonly seen among daggers than swords. Daggers served as a close-quarters combat weapon suited for stabbing.

In the early 16th century, fencers only used the rapier for attacking and warding off blows through a dagger held in the left hand. Some believe that a wavy blade of a parrying dagger serves as a sort of speed bump in breaking the impact of the opponent’s blade. By the mid-17th century, many preferred using a rapier for parrying and abandoned the dagger and other defenses, including a cloak or buckler.

Most recognized by its broad pommel, the kindjal is both a defensive and offensive weapon of the Caucasus. It usually has a broad and double-edged blade, but occasionally the blades are curved or wavy. Historically, the Cossack warriors used the shashka sword on horseback and the shorter kindjal once they dismounted.

When most of India was under the Mughal Empire, the daggers were notable for their forms, metalwork, and ornamentation. Indian princes and nobles used them for display, self-defense, and hunting. They also served as close-quarters combat weapons suited for piercing Indian mail armor.

Most recognized for its parallel handles, the katar is often called the punch dagger. To use this dagger, the warrior held the cross grips, made a fist, and then stabbed their opponent with punching motions.

The Katar generally had a straight, double-edged blade, but occasionally curved or wavy. Some examples even featured two or three blades or it could be forked at the point. Apart from being a useful weapon, it was also used to display its owner’s status.

Daggers with pistol grips were common in the court of the Mughal emperor Aurangzeb. In India and Persia, khanjar was usually more highly decorated than any other type of knife or dagger. Hilts were made of jade, ivory, or some hard stone, often set with jewels. It usually had a double-edged blade with a slight double-curve, though some examples had wavy edges.

Named after an Indian word for scorpion, bichuwa features a recurved blade and a loop hilt. Unlike other daggers, its loop hilt allowed the wielder to engage in grappling without having to drop the weapon. These daggers are often made for both right- and left-handed users. Other Indian daggers, such as chilanum and khanjarli, also feature a similar recurved blade.

The badik was the usual weapon for close-quarters combat and assassination, common throughout Indonesia and Malaysia. It can have a straight, curved, wavy, or double-edged blade. Its wavy variation is quite similar to the kris, but does not feature a ganja or flared section of the blade near the hilt.

In the 17th century, the dagger gave rise to the bayonet, a sharp-edged weapon attached to the firearm. Its earliest type, the plug bayonet, sometimes had a wavy blade. However, once the plug bayonet was fitted into the barrel, the gun cannot be used for firing. Eventually, ring and socket bayonets replaced plugs since they were attached above the barrel and turned the musket into a double-purpose weapon.

The purpose of a wavy blade is often debated by enthusiasts and scholars. Some believe that wavy edges could slightly slow down the opponent’s blade. Others claim that it could create larger wounds despite using a narrower blade. Some also suggest that the serrations on the cutting edges made it more difficult for an opponent to grasp the blade.

However, the experts in Historical European Martial Arts (HEMA) concluded that a wavy blade makes little difference in its cutting power and is no more effective than a straight blade. After all, any sword would be a lethal and efficient weapon in the hands of a skilled swordsman.

It remains unclear whether wavy blades had a functional purpose or made purely for aesthetic reasons. When it comes to functionality, experts usually value a balanced sword blade made from high quality carbon steel and is properly tempered compared to its aesthetic design.

Swords with wavy blades are widely called flamberge swords. However, these blades should be called flambards or flammards—derived from the German flammenschwert (flame sword).

The dish-hilt rapier is regarded as the first step in the transition from rapier to the smallsword. It generally had a more slender blade than a rapier and a simplified guard—similar to the later smallsword. In the late 19th century, practitioners of historical fencing called the dish-hilt rapier the flamberge to set it apart from typical rapiers of the same period.

In some cultures, a kris is considered to possess magical powers. Its wavy blade represents the mythical serpent naga in Hindu mythology. Some also believe that each kris has its spirit which could ensure victory in battle, ease the pain of childbirth, and keep diseases away. Many were heirloom blades handed down through generations.

Apart from the number of waves in the blade, the scabbard also indicated the owner’s status. The sultan and his close relatives traditionally carried red scabbards, the ministers had green ones, and the people in general had black scabbards. In some cultures, carrying a higher quality kris better than one’s rank entitled him to, would be a serious offense.

Several spearheads from various cultures had wavy blades. The Sri Lankan polearm patisthānaya served as an emblem of rank, presented by the king to high-ranking officials. Some Chinese polearms also featured wavy, undulating blades, while the Persian spearheads were two-pronged, often with serrated edges.

Wavy-bladed weapons, such as the German zweihander, Indonesian kris, and various daggers, are believed to inflict a more damaging wound. However, many of them are difficult to wield in combat. Some swords were purely ceremonial, yet others were still fully functional as deadly weapons. Today, wavy-bladed swords and daggers remain popular among collectors and historians. 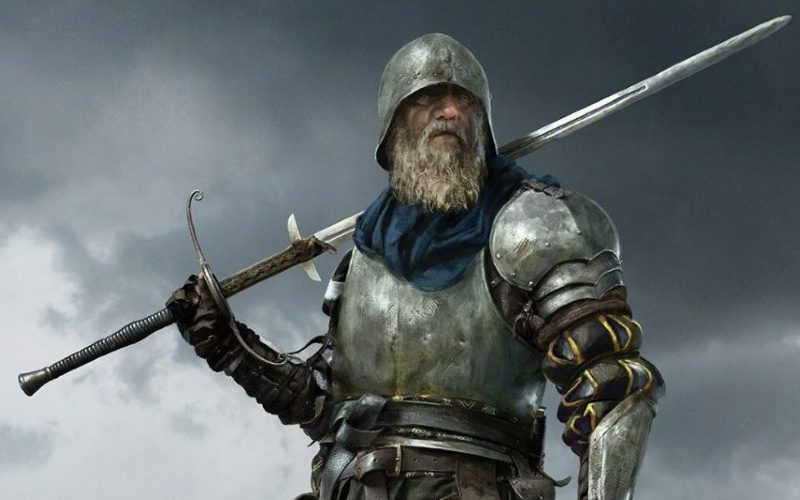 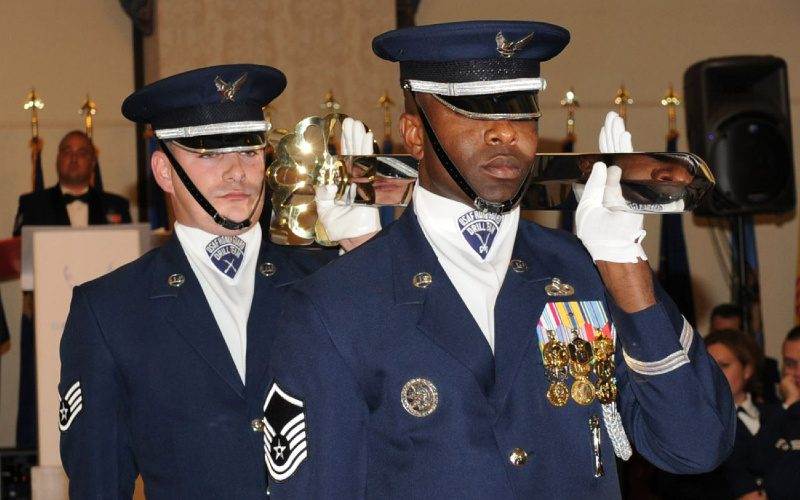 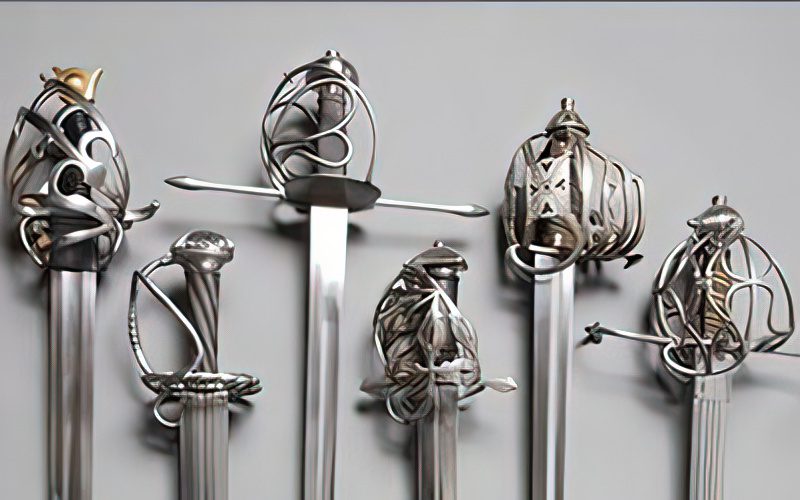 Broadswords: Types of Basket-Hilts and Their History

Many collectors use the term broadsword to describe various swords with broad blades. The Historical European Martial Arts refers to 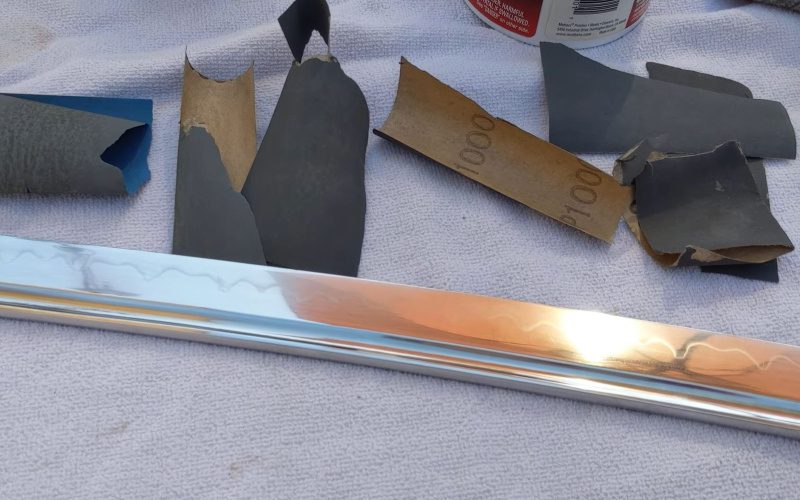 Sharp and Shiny: A Simple Guide to Polishing Your Sword

If you are the proud owner of a carbon steel sword, you should know that they need to be taken