The Best She-Ra Sword Replicas for Your Protection 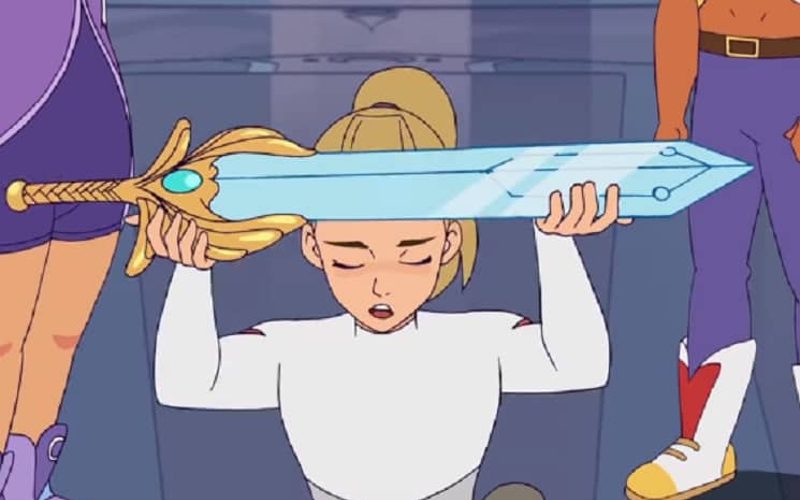 She-Ra’s and story can be wildly different depending on which version of the show you watched. The original 1985 She-Ra: Princess of Power showed She-Ra using a with a futuristic design while the newer 2018 reboot had She-Ra wield a more fantasy-styled .

That said, both versions of the show called the by the same name and used it as the means of Force Captain Adora’s transformation into She-Ra.

She-Ra’s Is Called the of Protection

The 1985 original series and the 2018 reboot both call She-Ra’s the of Protection. The name is explained in the reboot since in She-Ra and the Princesses of Power, the wielder, who is always called “She-Ra”, is told that they are honorable defenders of the planet Etheria, despite being manipulated into being a weapon for an intergalactic civilization.

The of Protection is also, in a way, Adora’s protector. In both versions of the show, the reason Adora begins to doubt the Horde and decides to leave Catra and Shadow Weaver, her abusive pseudo-family, is because the points her towards a greater destiny that lets her develop her own identity.

The original version of the show uses the of Protection to connect She-Ra to He-Man, her brother and the protagonist of the He-Man and the Masters of the Universe animated series. In the Netflix reboot, the sparks her journey towards being the self-appointed protector of Etheria and its people, working alongside her best friends Bo and Glimmer to protect the planet from Hordak and his evil Horde.

Mara Was the ’s Original Owner

The Dreamworks reboot adds a ton of depth to the original series by making “She-Ra” not a single person but a title for the wielder of the of Protection.

Its original owner was a young woman named Mara who decided to go against the wishes of the First Ones, an intergalactic civilization that created She-Ra so they can use her as a super weapon against the real Hordeled by Horde Prime, in order to defend Etheria.

Later in the reboot show, both Mara and Adora come to discover that neither of them needed the of Protection to be She-Ra. For context, both the original and reboot required Adora to have the and say “For the honor of Grayskull!” to be able to transform.

With the help of Razz, both women find that the true power of She-Ra wasn’t locked inside the , but was within them all along. The only reason Light Hope told them they needed the was to make it easier to control them.

She-Ra Can Activate Many Abilities With Her

Though the power of She-Ra is within the wielder, not the weapon, this Princesses of Power sword gives Adora/She-Ra the ability to manipulate water and transform the flora and fauna of Etheria.

This is because the cartoon sword is merely a conduit for Etheria’s innate magic, making its owner an elemental princess like Scorpia and Mermista. In the original show, the is also what ties Swift Wind, She-Ra’s flying horse, to Adora.

She-Ra changes swords several times throughout the original She-Ra series and twice during the She-Ra reboot. Of those, you can get the classic, season 1 swords as replicas.

1985 She-Ra: Princess of Power’s of Protection

The 1985 version of the of Protection comes from the original series, She-Ra: Princess of Power where Force Captain Adora’s discovery of the informs her that Adam a.k.a He-Man is her brother and that she’s a princess of Eternia as well.

This replica of the original of Protection is a faithful reproduction that features a streamlined Art Nouveau design with curved crossguard bars and an oversized blue gemstone that channels the power of She-Ra.

While the replica looks like it’s made of solid metal because of its high gloss finish and perfectly sculpted edges, it’s actually a lightweight, high quality foam that’s great for cosplay.

2018 She-Ra and the Princesses of Power’s of Protection

The 2018 Dreamworks and Netflix reboot, She-Ra and the Princesses of Power, reimagines the of Protection as a classic fantasy weapon with a wing-like crossguard that resembles Swift Wind’s wings.

This replica of the reboot of Protection is a copy of the first season’s version of the , the only other one being a slightly modified version that awakens after Adora finds out that the doesn’t hold the power of She-Ra.

The replica is made of solid ABS plastic that keeps its color and shape well. Plus, the plastic material gives the replica a matte-like finish and chunky look that’s exactly like the cartoon version.

Whether you’re fighting for the honor of Grayskull, the safety of Etheria, or you just want a cool Halloween costume, these beautiful She-Ra replicas are the best props and accessories for taking photos and creating memories with.