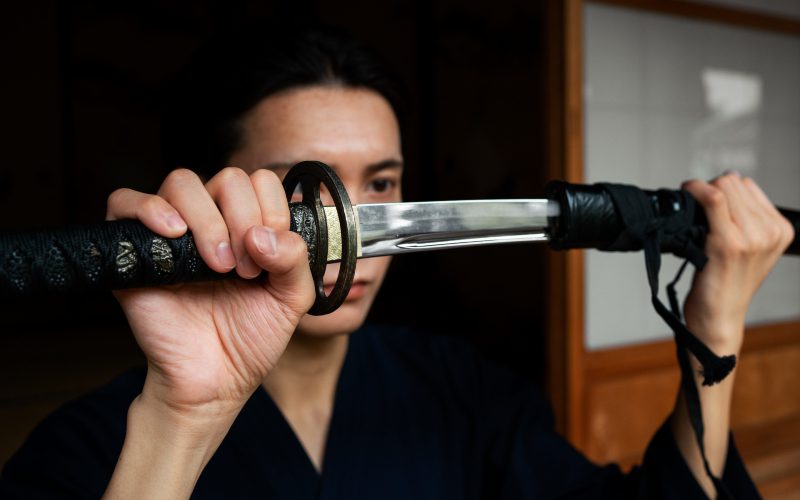 Many martial artists and collectors opt for katana replicas which are more affordable than the real samurai sword. However, be wary of several fake katanas floating around on the market that claim to be the real thing when they are not. Fakes and replicas are both not real, but the former is often passed off as genuine to deceive buyers while the latter replicates the look of the original for a fraction of the price.

For those starting a sword collection, we’ve compiled a guide to help you distinguish the difference between a real and fake katana and how to choose replica swords of good quality.

What Makes a Katana Sword Real?

The Japanese term nihonto is the word for Japanese sword and refers to blades made from tamahagane using traditional production methods. A real katana is hand forged by a licensed Japanese swordsmith and has an artistic value. To identify a fake katana, it is necessary to look at the unique features of a real katana.

Here are the factors that make a katana real:

In Japan, swordsmiths have licenses and legally practice their craft both as a business and as a matter of cultural preservation. To become a qualified swordsmith, one must have 5 to 7 years of training. Katana swords not crafted by licensed swordsmiths are fakes and therefore confiscated and destroyed as they are considered mere weapons.

To maintain the quality of Japanese swords, the government only allows each swordsmith to produce a maximum of two long swords—either a katana or tachi—or three shorter blades like wakizashi or tanto per month. These swords have cultural and historical significance, must be registered, and require an ownership permit.

In the past, some traditional swordsmiths also used steel produced in ways other than from the tatara. The oroshigane consisted of various bits of iron, steel, or cast iron re-smelted in the smith’s own forge. A swordsmith would control the carbon content and other factors for the oroshigane to achieve the quality needed for sword steel. Some katana swords mention oroshigane in the swordsmith’s signature or mei. However, the process and use of oroshigane declined.

Real katana has an artistic value as its blade features a genuine hamon or temperline pattern due to differential hardening. It also shows the jihada, the forging pattern visible on the blade surface as a result of repeatedly hammering out and folding the steel. Many fake katanas and replicas only have acid-etched hamon to increase their visual appeal.

Real katana swords also have historical importance. They may be forged by a famous swordsmith who distinguished himself. Some are great examples of a particular period in Japanese sword history and representative of a particular school or region in which they were produced.

In Japan, real katanas have origami or official paperwork that states their value and quality, proving that they are authentic. Also known as the Society for Preservation of Japanese Art Swords, the Nihon Bijutsu Token Hozon Kyokai or NBTHK performs sword evaluations and appraisals.

They evaluate the Japanese swords and grant the blade a license as a registered art sword. Fake katanas and other non-licensed swords are confiscated while the owner may be charged with possession of an illegal weapon.

Real katana swords also have levels of cultural significance as a work of art. Katanas with Hozon papers are worthy of preservation, while those with Tokubetsu Hozon designation possess exceptional qualities. Those that come with Tokubetsu Juyo Token papers are particularly important swords.

How Much Does a Real Katana Sword Cost?

Real katana swords are art objects where their quality and value can be determined by experts. Generally, the value of the katana is influenced by the quality of craftsmanship, condition of the blade, and ranking of the swordsmith.

Made-to-order katana swords usually start around $7,500, depending on the swordsmith and other factors. Some antique katana swords range from $15,000 to $40,000. However, katanas forged by well-known master swordsmiths like Yoshindo Yoshihara are usually around $50,000 while a museum piece could range about $700,000.

Where to Buy Real Katana Swords?

For collectors who want to own a real katana hand forged by a licensed Japanese swordsmith, purchasing from Japan is the way to go. In Tokyo, Ginza Choshuya offers a fair price for outstanding Japanese swords. The AOI-ART could also be a good starting point for would-be collectors looking for a great deal.

Many reputable Japanese sword stores made their katana legal for export with the Japanese Agency of Cultural Affairs. Martial artists looking for a real katana for tameshigiri or test-cutting practice could opt for a modern or antique sword.

In Japan, martial artists and sword collectors only opt for real katanas as fakes are illegal and confiscated by the government. Many prefer to use newly crafted katana swords in tameshigiri or test-cutting practice as using an antique sword could decrease its value.

Also, the newly crafted katana is in excellent condition for practice. Its blade length is usually longer than those of antique swords. A made-to-order katana could also be customized based on its blade length, weight, curvature, sword fittings, and tang inscriptions.

On the other hand, sword collectors and enthusiasts highly value an antique katana as a cultural art piece. Each Japanese blade is unique to its swordsmith and period, and an antique katana is considered a piece of Japanese history.

How to Choose High-Quality Katana Replicas

The best katana replicas are the ones that are as close to the original as possible and fully functional. Here are the factors to consider when evaluating a replica sword:

Fake katana and replicas are not constructed from tamahagane, but many are made from high-quality steel such as high carbon steel, spring steel, and damascus steel. Many martial artists utilize katana replicas for tameshigiri or test cutting to preserve the blades of real Japanese samurai swords. A good replica sword should not bend, not break, and cut well. However, a katana with a stainless steel blade is not a real sword and only designed for display or decoration.

Real katana swords have blades that reflect the period in which it was made, including the school or swordsmith that produced them. Many fake katanas and replicas exhibit artistic qualities similar to Japanese-made blades, though they cannot replicate their level of craftsmanship.

When choosing a katana replica, opt for a properly forged blade. There should not be any defects, gaps, cracks, or holes in the steel. Also, the ones that will be used for tameshigiri must have full tang blades to withstand heavy blows.

The samurai sword katana is slightly curved and single-edged. However, the older tachi had a deeper curvature while the extra-long odachi swords only had a sharp cutting edge near the tip. However, many fake katanas and replicas can easily copy the shape and curvature of Japanese-made blades.

Color of the Steel

Real katana blades are darker in color than factory-produced blades which are bright and featureless. Hence, bright shiny blades are often signs of a fake katana. Some replicas also allow personalization on the steel color through electroplating, from gold to blue and black, though they are not an artistic feature of real samurai sword katana.

Real katana blades have distinctive grain patterns, from straight grain to wood grain or a combination of these. However, the presence of a grain pattern does not mean that the blade is not fake. Generally, fake katanas and badly forged blades have uneven grain patterns that look uncontrolled.

The most aesthetic element of a real katana is the hamon, the pattern of the hardened edge. A genuine hamon on a Japanese-made blade will show tiny dots and specks. On the contrary, many fakes and replicas only feature an acid-etched hamon that appears smooth without any internal features.

The Signature on the Tang

Not all real katana swords are signed on the tang, as swordsmiths only sign blades that meet their standards. Also, forgeries are common, so they should not be judged by their signature alone. Many replicas also offer customization on the tang signature, from a smith’s name to Chinese characters and so on.

Japanese blades are identified based on their length. A katana has a blade length of more than 60 centimeters or 24 inches, making it a daito or a long sword. On the other hand, the short sword, called wakizashi, has a 12 to 24 inches blade, while tanto daggers are less than 12 inches. Good katana replicas should be in the said length, excluding the tang. Also, the steel sword must be balanced and comfortable to wield.

Instead of a plain wooden scabbard or shirasaya, most katana replicas come in decorative mountings similar to real samurai swords. They often have a lacquered scabbard or saya, fully functional hilt or tsuka, and sword guard or tsuba.

Like real katana swords, fakes and replicas often have wooden handles wrapped with ray skin and ito wrapping or cord. Other metal fittings include the menuki placed under the hilt wrapping along with matching fuchi and kashira.

Unlike fakes and replicas, real katanas have artistic and historical value and are worthy of preservation. They were hand forged by licensed Japanese swordsmiths according to the traditional methods from the forging process until the hardening stage. However, they are expensive for beginner sword collectors, so replicas became popular as they are identical to the real sword for a fraction of the price.

Carbon steel katanas with sharp cutting edges no matter real or fake can also be functional or battle-ready for tameshigiri or test cutting practice. In Japan, martial artists opt for a real katana samurai sword as the government prohibits fakes and replicas. Outside Japan, many practitioners utilize high-quality katana replicas as they are more affordable than Japanese-made blades.

The Japanese samurai katana also became an inspiration for anime swords from the sakabato of Rurouni Kenshin or Samurai X to the nichirin blades of the Demon Slayer. It also appears in One Piece, Kill Bill, and other ninja anime series. If you’re looking for a cosplay sword, katana replicas with unsharpened edges are a great choice.

Japanese swordsmiths take great pride in their craft, making the katana swords among the finest blades in the world. Real katanas are art objects and have cultural and historical significance. Many collectors and martial artists value the craftsmanship of real samurai swords while others opt for katana replicas that are more affordable than Japanese-made blades. 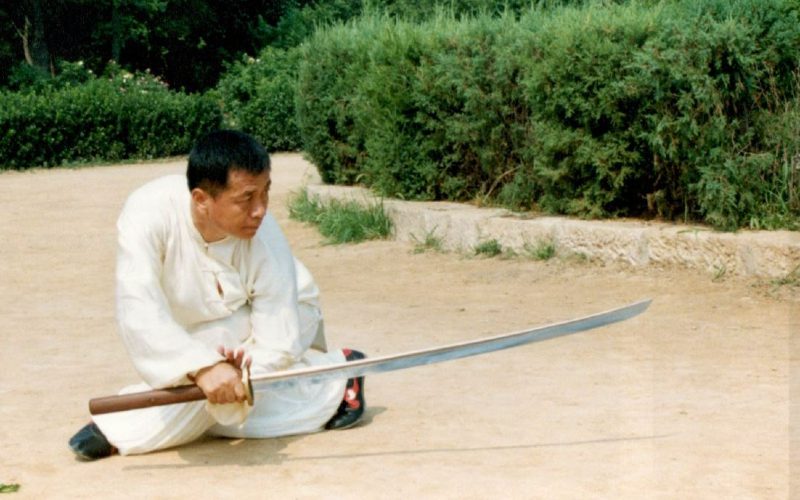 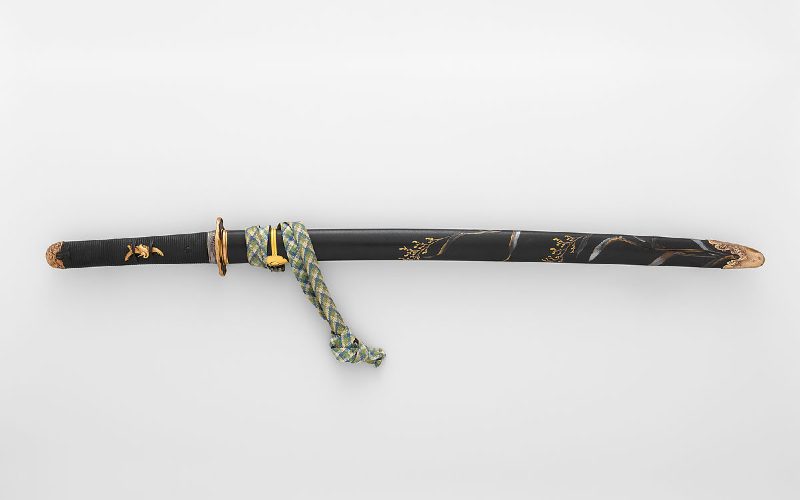 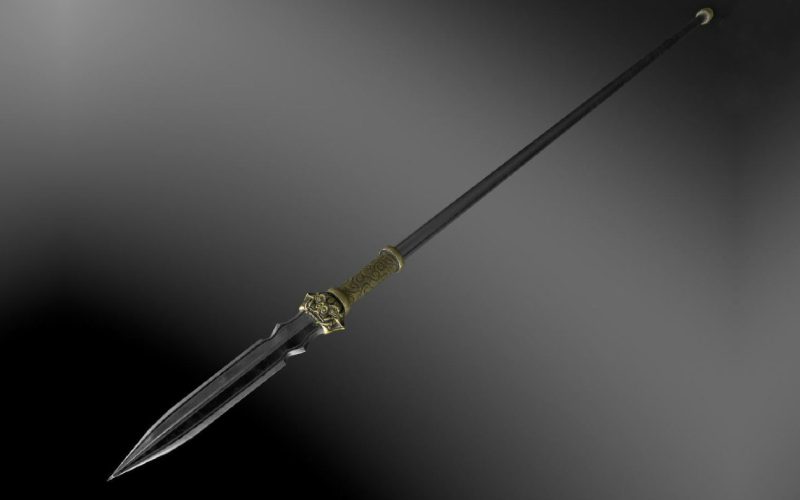 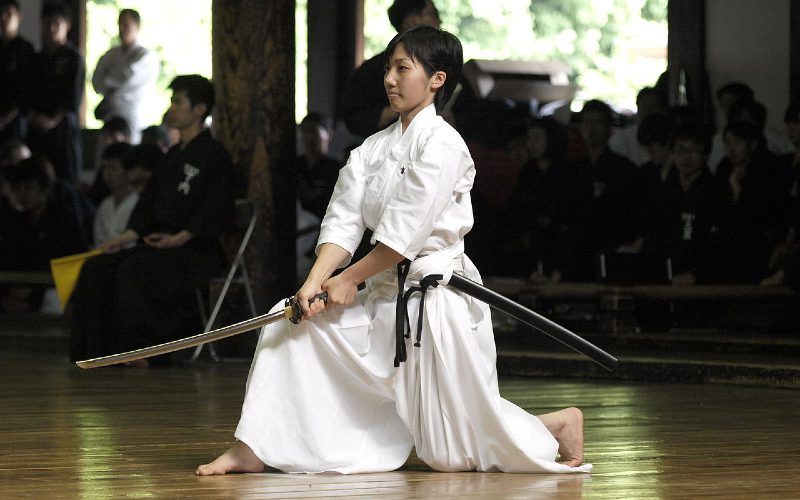