Modern Swords: Their Use in Military, Martial Arts, and Films 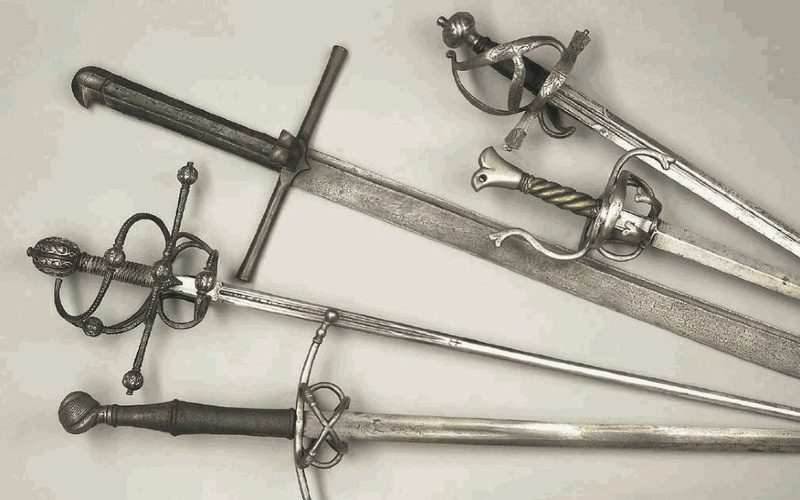 Swords are no longer the weapon of choice in modern warfare, though some remain primary training weapons in martial arts. Others retain their ceremonial roles in the military, often a standard part of an officer’s dress uniform. Many modern swords are used in the film industry, stage fencing, and historical re-enactments.

Let’s explore the most popular types of swords used today, what a modern sword is made of, and the factors to consider before obtaining them.

Modern swords are valued for their functionality if not for their decorative and ceremonial use. Some also serve as primary training weapons in martial arts and objects of interest among collectors.

The katana sword is perhaps the most popular Japanese sword, due to its association with the samurai of feudal Japan and its use in Japanese martial arts. The wakizashi was the samurai’s short sword and a secondary weapon traditionally carried with the long sword katana. Today, martial artists who train in double sword techniques also use the wakizashi.

Many martial arts practitioners use their newly-made Japanese swords for tameshigiri or test cutting practice to preserve their antique blades. Though not a sword by definition, the tanto dagger is also sought-after and used in ninjutsu. Some also opt for the ninja sword or ninjato, though its popularity is more associated with pop culture.

The straight, double-edged jian and the single-edged dao were among the primary weapons of Chinese warriors. While the former was the more popular, Chinese cavalry preferred the curved dao for its efficiency in warfare. On the other hand, the high officials wore the jian as part of their ceremonial regalia.

The term scimitar is the generic name for the curved swords of the Islamic world and those originating from the Middle East, North Africa, and South Asia. The most popular for collectors is perhaps the Persian shamshir with a radically curved blade.

The Ottoman kilij is also prized for its history, being the sword used by the Ottoman Empire in the 15th century. Several modern swords also feature the talwar of Mughal India, most recognized for its large, disk-shaped pommel.

In Historical European Martial Arts or HEMA, several types of medieval swords are used in training, based on treatises from the Late Middle Ages. Characterized by its two-handed grip and a cruciform hilt, the longsword of medieval knights is perhaps the most popular weapon among practitioners.

Some also use arming swords or single-handed swords in sword-and-buckler fighting, which was the traditional sword fighting style used against chainmail.

Most recognized for its slender, sharply-pointed blade, the rapier was the gentleman’s weapon in the 1600s and became associated with fashion and social rank. It also served as a sidearm for self-defense and a dueling weapon.

Various types of swords were used by cavalry and infantry in Europe from the 16th century onwards. Generally, most foot soldiers relied on thrusting swords, while the cavalrymen needed slashing swords against mounted and dismounted opponents. Some of them were broadswords or swords with wide, double-edged blades.

In HEMA, practitioners focus on broadsword fencing using the Scottish broadswords, Venetian schiavona, and mortuary swords. Some also train with sabers or swords with single-edged, curved blades. Cutlass was mainly associated with naval warfare while cavalry sabers were widely used during the early modern period and Napoleonic Wars.

In the United States, the Mameluke sword serves as the ceremonial weapon of Marine Officers. It was inspired by the curved saber of the Mamluk warriors of Egypt. Today, the USMC officers wear the sword as part of their dress uniform.

On the other hand, the Marine NCO Sword is carried by the Marine Noncommissioned Officers or NCOs for ceremonial purposes.

How to Choose the Best Modern Sword

Modern swords refer to newly-made blades designed for modern-day use. They vary in steel quality and construction, depending on their type, origin, and uses. Many enthusiasts value modern swords that replicate the qualities of real historical swords.

Here are the factors to consider when choosing the best modern sword:

Swords needed to be hard enough to retain their sharp edge and flexible to resist fracturing. Today, several technologies are used to produce swords for various purposes.

Modern Japanese swords are still being made, and their qualities and properties largely depend on the steel they are made from. Today, licensed Japanese swordsmiths forge Japanese blades from tamahagane, a carbon steel produced from a traditional tatara furnace in Japan. However, replicas and Japanese-styled swords not made in Japan feature varying qualities on steel blades.

Some blades are made from alloy steel to improve their hardness and toughness. The most popular types are spring steels such as 5160 and 9260 that can retain their original shape after bending. The latter allows more bending and is more resilient against lateral bends.

Training swords used in HEMA have flexible blades designed to bend when thrusting an opponent. While historical rapiers tend to be hard and rigid, those used in training are flexible or sometimes wobbly.

Many historical swords from the Islamic region were made from wootz steel, later known as damascus steel. It became famous for its watery patterns on the blade surface, though it was mostly valued for its properties. Many modern swords today have so-called damascus steel blades comparable to watery patterns seen on historical ones but are not of the same construction.

While stainless steel works well for knives, it is not suitable for swords as it contains high levels of chromium that weakens the blade. Modern swords with stainless steel blades are only designed for display and not for cutting.

Modern swords may feature straight or curved blades, depending on their use. Japanese samurai swords are known for their curved blades which made them efficient for slashing. Many Islamic swords were also curved and served as excellent slashing weapons.

European medieval swords varied in blade shapes, tapering, and cross-sections. Modern reproductions based on earlier blades tend to be less tapered and suited for slashing and thrusting. On the other hand, sharply tapered blades are primarily used for thrusting.

Modern Japanese swords, especially ones crafted by licensed swordsmiths in Japan are appreciated for their beauty and craftsmanship. These blades feature an excellent hamon or temperline pattern, though replicas often have an etched hamon which does not improve the blade quality.

Japanese swordsmiths also use the best old blades from several past schools as models for modern blades. However, a hamon is not visible on Western swords as swordsmiths usually heat treat the entire blade instead of the differential heat treatment done on Japanese swords.

Modern swords greatly vary in size, depending on their type and use. In Japanese swords, a katana is a long sword with a blade length of over 60 centimeters or 23 inches while a wakizashi is a short sword measuring between 30 and 60 centimeters long. On the other hand, the size of modern Chinese swords used in martial arts usually depends on the stature of the practitioner.

Modern sword design varies and each sword type has distinctive characteristics on its hilt, sword guard, scabbard, and other components.

Modern swords may have short or long grips depending on their use. European longswords allow the use of two hands, setting them apart from single-handed arming swords. European medieval swords also feature a pommel to counterbalance the weight of the blade.

The sword guard protects the hand of the practitioner, making it essential in training. European medieval swords have crossguards while 16th- and 17th-century broadswords have basket guards. On the other hand, rapiers widely vary in their sword guards, from cup-hilted to swept-hilted guards. Japanese swords also boast having decorative sword guards called tsuba.

The practice of steelmaking and sword making widely varied in different parts of the world, so medieval swords also varied in quality and construction. Generally, a lack of process control and measuring equipment in medieval times made some swords inferior to modern swords.

However, some cultures such as Japan had greatly improved their sword making even in medieval times. In fact, the samurai swords were among the finest blades ever made. Some Islamic and Indian swords were made from wootz steel which was sought-after due to its hardness and durability.

Many modern swordsmiths produce swords for martial artists, private collectors, and the film industry. Martial art practitioners utilize their modern swords in tameshigiri or backyard cutting practice. After all, there is little else to do with a sharp blade other than to cut things with it. However, swords used for stage fencing and martial arts are blunted for safety.

In Japanese martial arts, practitioners never use their steel swords in contact drills. Instead, they opt for wooden swords (bokken) and bamboo swords (shinai) for non-lethal practice. Still, they use blunt swords (iaito) for scabbard (saya) practice.

In HEMA, practitioners use feder or federschwert as a training weapon for practicing arming sword or longsword techniques. These training swords have metal blades that bend in the thrust, unlike historical blades that were stiff and rigid.

In Tameshigiri and Backyard Cutting Practice

Martial artists who train in Japanese swordsmanship utilize shinken or live blades in tameshigiri to practice the proper swinging techniques, distance, and footwork. Many prefer to use modern or newly-made swords to avoid devaluing their antique swords.

In HEMA, some practitioners also utilize European swords for tameshigiri-style cutting practice to hone their sword skills. The most common targets are tatami mats and bamboo, though some also use ballistic gelatins, foam pool noodles, and water-filled bottles.

As a rule of thumb, battle-ready swords used for backyard cutting practice must have proper tempering to withstand impact. They must also be made from high-carbon steel and have a full-tang blade.

In Stage Fencing and Historical Re-enactment

Some modern swords are designed as props for theater plays, television series, and films. When using blunted steel swords, sword fighting is usually rehearsed and coordinated. Many use blunt carbon steel swords for fight scenes. On the other hand, background fighters usually use lighter polypropylene swords and aluminum or bamboo blades. In historical re-enactments, several performances depict battles using the Viking and Roman gladius swords.

Soldiers today fight with guns, bombs, and missiles—not swords. Yet, swords remain significant in martial arts, embodying the warrior spirit. Many modern swords are widely used in the film industry for making historical and fantasy films as well as in stage fencing and historical re-enactments. Sword collectors and enthusiasts also value them for their functionality—or decorative use. 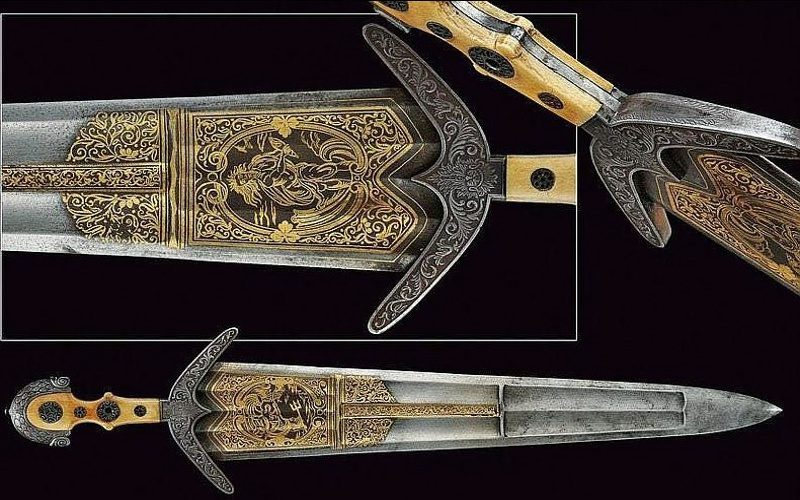 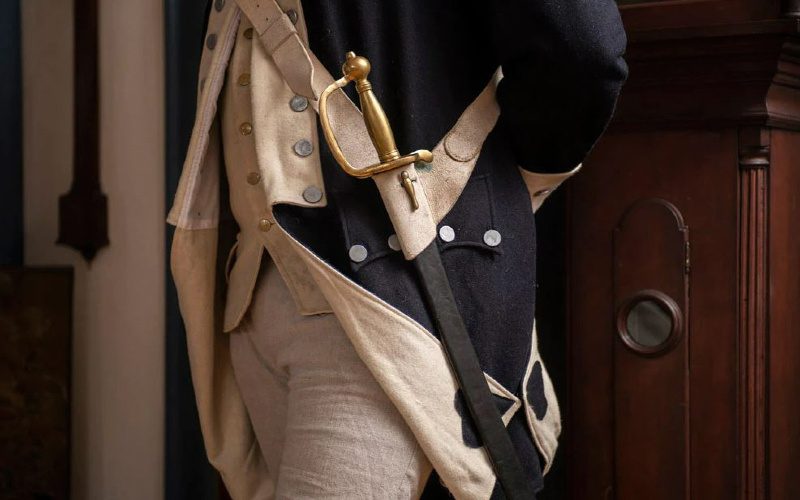 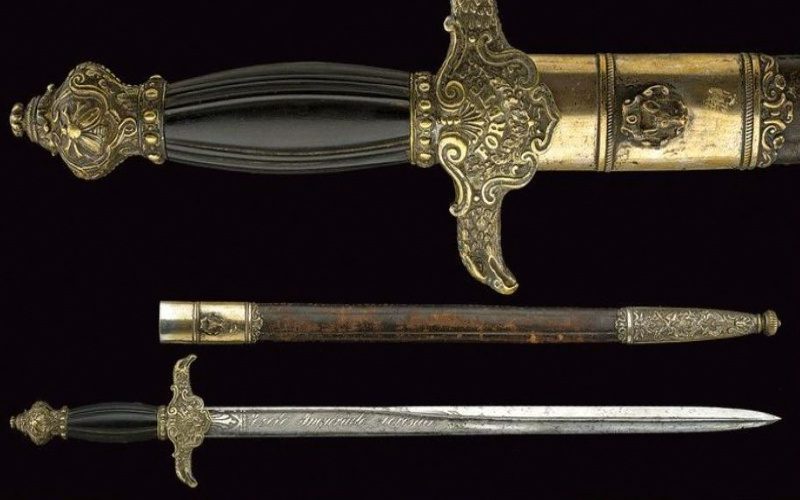 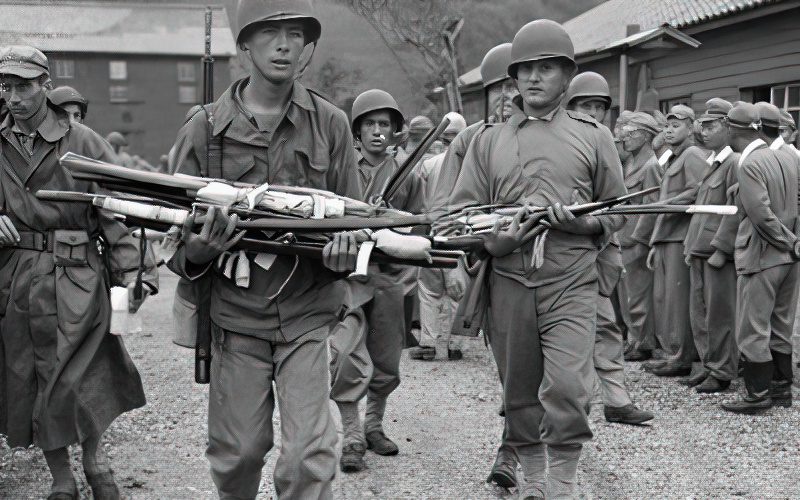