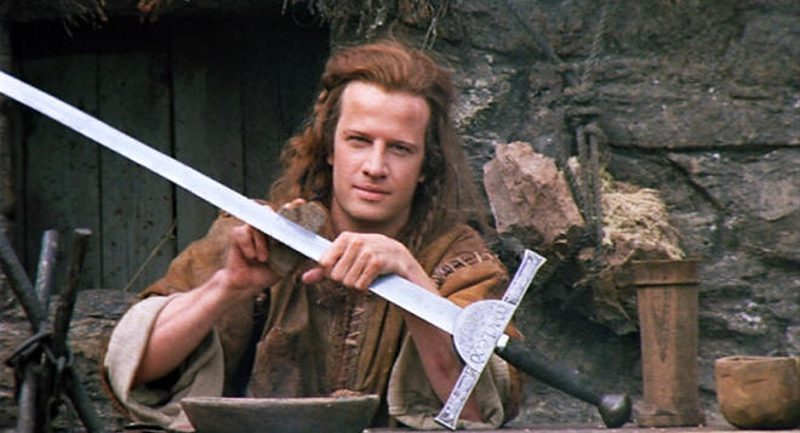 It doesn’t matter whether you’re a fan of the 1986 Highlander movie or of the Highlander TV series that ran for the years that followed it. Chances are, you remember how cool the fantasy swords featured in the show were.

Made of carbon steel and damascus, the blades featured in Highlander captured our imaginations with each foe they cut down on screen. So if you’re thinking of joining a Live Action Role Play (LARP) set in the Scottish highlands or you want to cosplay as either Connor MacLeod or Duncan Macleod, consider getting one of these beautifully made battle-ready and replica swords.

For example, imagine having a replica of the Highlander movie’s claymore sword that looked like the real deal and was made for fighting. While it’s a replica, it still counts as a true battle-ready . Meanwhile, a copy of the same that isn’t full tang will likely not be battle-ready and will be better suited for cosplay than Historical European Martial Arts (HEMA).

Highlander Swords That You Can Have Right Now

These replica medieval swords are all designed to look like Highlander’s swords, but a few of them are made for real fighting so you won’t find yourself unarmed in the Gathering. Here are a few to add to your wish list.

This menacing broadsword looks like it could be from Lord of the Rings or The Witcher, but it’s actually the primary weapon of the Kurgan.

The Kurgan was the main antagonist of the Highlander film who became Connor’s last opponent in the Gathering. During their fierce battle, we see the Kurgan swap blows with Connor in an empty building using a massive claymore-like broadsword.

Like the movie original, this replica has a leather-wrapped handle and a medieval-style pommel and crossguard. The only thing that separates it from a true historical replica is the pair of blade spikes that can be retracted into the or revealed using a push of a button.

The Dragonhead katana resembles another samurai featured in the Highlander franchise that’s known only as Ramirez’s katana. While that was given by Ramirez to Connor, the Dragonhead katana was a gift from Hideo to Duncan MacLeod. The was intended to represent their friendship and trust in each other.

The admirable ideals of the Dragonhead katana show in its appearance. It has a carved faux-ivory handle that shows scenes from a medieval epic. The long, full tang blade comes with a black scabbard.

There’s no more strongly associated with Highlander than the Scottish claymore. The appears several times throughout the movie, TV series, and animated show, both in the hands of heroes and antagonists.

It has a straight, stainless steel blade attached to a walnut handle that’s topped off with a round metal pommel. As if that isn’t enough to make this beautiful, it also has florets at the ends of both sides of the crossguard.

The comes unsharpened, but can be honed on a whetstone for use as a battle-ready .

Highlander is filled with fantasy themes, but it’s still a period show influenced by historical forces. Because of this, there’s a single rapier thrown into the mix.

The Highlander officer’s rapier is a French used by Scottish officers installed by the British Army to monitor Scotland in their stead. It has a basket handle that covers the hand entirely, protecting it from enemy strikes. Since it’s an officer’s , it also comes with a stainless steel scabbard to keep the blade clean when not in use.

The Highlander officer’s rapier is a battle-ready that’s perfect for HEMA enthusiasts, LARPers, and fencers who are fans of the Highlander franchise.

When it comes to movie swords, Highlander is the one film that has options for collectors, HEMA practitioners, and LARP players alike. You can have your pick between battle-ready and replica swords without having to worry about quality because each blade is made from top of the line stainless steel or carbon steel.