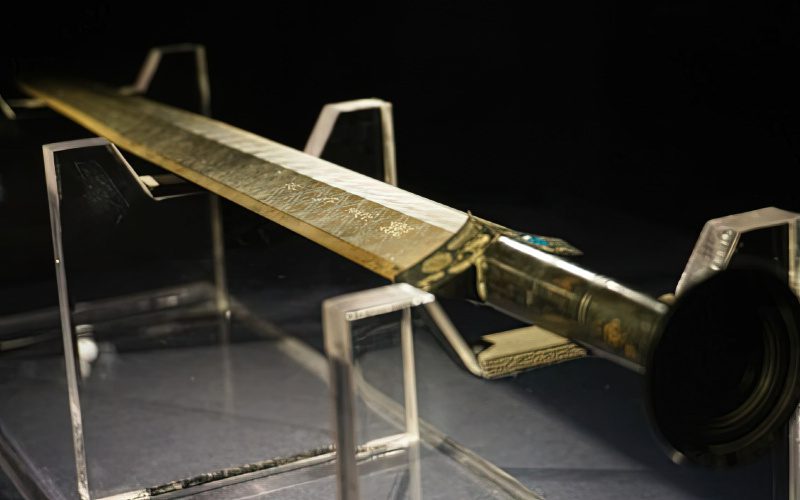 The Goujian Sword is a double-edged bronze-bladed weapon that was found in China and is over two thousand years old. Even with its age, it can still easily cut through 20 papers at once. This unique sharpness and effectiveness make it a very interesting sword that defied time itself.

In this article, we shall be discussing the Goujian Sword that came from ancient China. We shall cover its interesting characteristics and then how they are best put to use by this sword. You will also learn about its intriguing history as well as the reason why its remained in near-perfect condition despite being over two thousand years old.

Characteristics of the Goujian Sword

The clearest distinct feature of the Goujian Sword is that it is shorter than other swords from its historical era. The other distinct trait that the Gouijan sword has, is that it is made of bronze with a large amount of copper which gives it that signature color. The high copper content also gives it a greater amount of pliability and decreases the chances it may break.

The total length of the Goujina’s blade is precisely 18.5 inches (47.2 cm). This means that most of the Goujian sword is actually the blade itself, which is double-edged and as straight as an arrow. The blade is wider at the neck of the sword and ends with a very sharp point giving it great thrusting potential too.

Only on a single side of the blade near the hilt, there are two columns of writing written in an ancient traditional Chinese script. This script is known in English as a bird worm seal script whose characters are a form of Zhuan that is notoriously hard to read. Zhuan is distinguished by elaborate embellishments on the characters applied by the writer’s strokes.

The literal translation to English is “I King Gou Jian self make use sword”. This may be properly translated to mean that King Goujian fashioned and ordered the sword that he used, and that he utilized it personally.

This form of Jian sword does not have a guard that offers protection to the user’s hand and wrist. Instead, it just has a metal layer on the bottom of the blade that holds it together. The guard of the Goujian is also very detailed with engravings and precious metals.

The handle of the Goujian Sword is straight and has an overall length of 3.3 inches (8.4 cm). The handle has a blue glaze finish with turquoise embedded into it. It ends with an open pommel which was very common for Chinese swords of the time. Also, the handle probably was bound and wrapped in silk at some point.

The pommel of the Goujian sword is an open shape which can provide very good support to the base of the user’s hand. This pommel is composed of 11 concentric circles that are each separated by just 0.0007 inches (0.02 millimeters), or just about how thick a human hair is.

Archeologists say that this sword was found in a wooden scabbard finished in black lacquer placed inside a wooden box that was airtight. This wooden box was found next to the body of its owner. It’s clear that the scabbard was decorated to match the exquisite decorations on the blade itself so it would match its noble appearance.

The Goujian sword has a total length of 21.8 inches (55.6 cm). This makes it a fairly small sword compared to the other Jian swords that China was producing at the time. This might be because it wasn’t intended for battle, but was meant to show how important and rich its owner was. Even so, it could still be used efficiently with a shield.

The blade of this ancient Chinese sword is 4.6 cm wide at the very neck near the guard of the blade. As it goes toward the blade’s tip it gets tighter and ends with a sharp point.

The total weight of the Goujian sword is 1.9 lbs (875 grams). This ancient Chinese sword is very light and even slightly lighter than the rest of the bronze swords at the time. The reason behind its light weight is its smaller size. Even with all of the added decorations and materials, it was still lighter than other swords used at the time.

Uses for the Goujian Sword

The Goujian sword was a weapon that was created by a king and a leader. This makes it a ceremonious weapon that would have all sorts of precious materials added to it that make it distinctive and represent the owner’s supreme authority.

Other than that, the Goujian sword was made out of necessity when wars and pillaging were happening throughout the land. That’s why we can guess that it may have been used for war and combat too.

Since it is such a small sword, it was meant to be used as a one-handed weapon. This means that it would have been best to combine it with a shield, or possibly sheathed on the belt and used as a secondary weapon.

Since the Goujian sword was extremely light, it had great maneuverability and could be swung quickly and with ease. The blade’s center of mass is in the middle giving it both slashing and thrusting attack possibilities.

Just like all the nobility in the world, the emperors and rulers of China wanted to carry swords with them as a representation of their authority and power. This certainly was also the case with the Goujian sword which was carried by the King Goujian of Yue.

It was a weapon that Goujian had for personal use in both war and peacetime. It can be said that it was mainly a ceremonial piece because of the decorations and blue crystals added to it.

Can you Use a Goujian Sword Today?

Using a Goujian sword today is as easy as just looking for a straight Chinese Jian sword on the market. There are many manufacturers that make a shorter version of the Jian to replicate the size of the Goujian sword.

The biggest difference would be that it could be made of high-carbon steel, something that wasn’t possible or discovered in the period when the Goujian sword was made. High-carbon steel will make the replica a very strong sword. So strong that it can even hold its ground when facing a samurai sword.

History of the Goujian Sword

After a fair bit of debate and discussion between archeologists and historians, today the Goujian Sword is said to have been manufactured at the order of the emperor of China, or the king of Yue – Goujian, who had it made around 480 BC for himself. That is how we know the Goujiean sword is a very real sword and is more than two thousand years old. This period that the Goujian sword can be traced back to was a period of Chinese history that was brutal and marked by a lot of warfare.

During the Spring and Autumn Periods, military expeditions were common. Because of these wars, weapons got better and better until they were so strong and deadly that they took years to make and lasted for hundreds of years. In China, everyone knows the story of how the king of the Wu state, Fuchai, and Goujian fought for power. The State of Wu beat Goujian’s kingdom at first, but 10 years later, Goujian would raise an army that would see victories over and over again.

These very difficult times resulted in the creation of the finest Chinese swords, known as Jian swords. Metallurgy was on the rise and all of the weapons created would stand the test of time and, like the Goujian Sword, can still be used today.

The sword would be lost and buried alongside its owner when the Yue dynasty was defeated by the Chu in 334 BC. Exactly 2300 years later it was unearthed and it still is as deadly as the day it was buried.

A team of archaeologists found the Sword of Goujian inside a tomb in Hubei, China in 1965 while making archaeological digs. Archaeologists think it’s an ancient relic from 771 to 403 BC and it was well preserved in an airtight box next to its possible owner.

Even though it had been buried in a damp place for over 2,000 years, the blade was in perfect condition and untarnished. The sword’s edge is still sharp after all this time. A test showed that the blade may cut through a stack of 20 pieces of paper without any trouble.

This extraordinary resistance to time isn’t often seen in things that are this old. Many people were puzzled and shocked as to how it was possible for a piece of metal to remain in such great condition after all this time.

How did the Goujian Sword Remain the Same?

The researchers looked at old shards of bronze in the hopes of discovering a technique to recreate the manufacturing process that was used to make this sword.

They discovered that because of the sulfation that had taken place on the surface of the blade, it was not susceptible to oxidation. This, in addition to an airtight scabbard, made it possible for the famous blade to remain in such a flawless state.

Through the Spring and Autumn seasons in Southern China, sword smiths in the Wu and Yue areas were able to perfect their metallurgy to the point that they could add rust-proof alloy materials into their blades.

Where is the Goujian Sword Today?

Today the Goujian Sword is being safely kept inside the Hubei provincial museum located in Wuhan, the capital of Hubei province. You can visit this museum today and actually see a real piece of history, untouched by time.

Just note that the damage you may see on the sword comes from the modern era. This accidental damage happened in 1994 in Singapore when it was taken and loaned for display. A worker by mistake damaged it and now it has a crack that’s about 0.25 inches (7 mm) on the blade.

No matter how cool you might think that Japanese swords like the Katana are, the Goujian sword is practically older than all of them combined and can still be used in a battle against them. That makes this sword one of the most interesting as well as the oldest and best-preserved swords of all time. 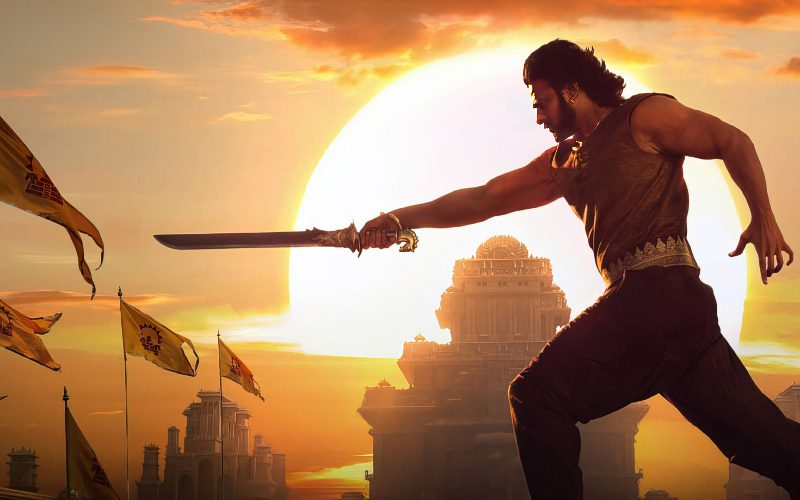 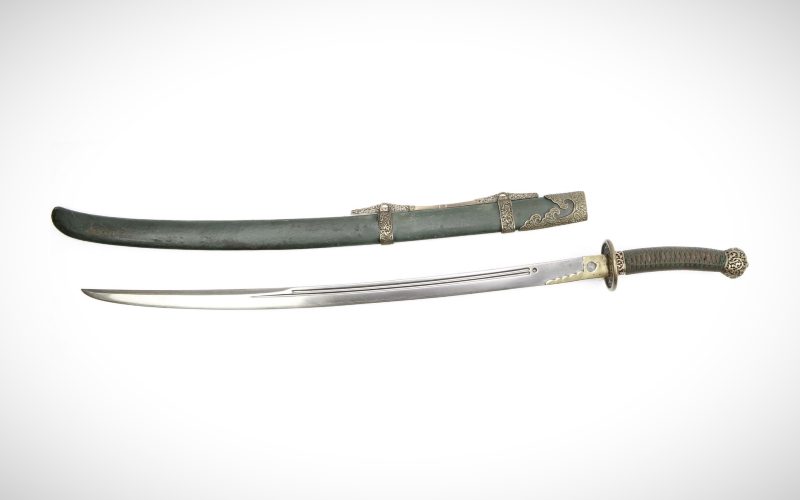 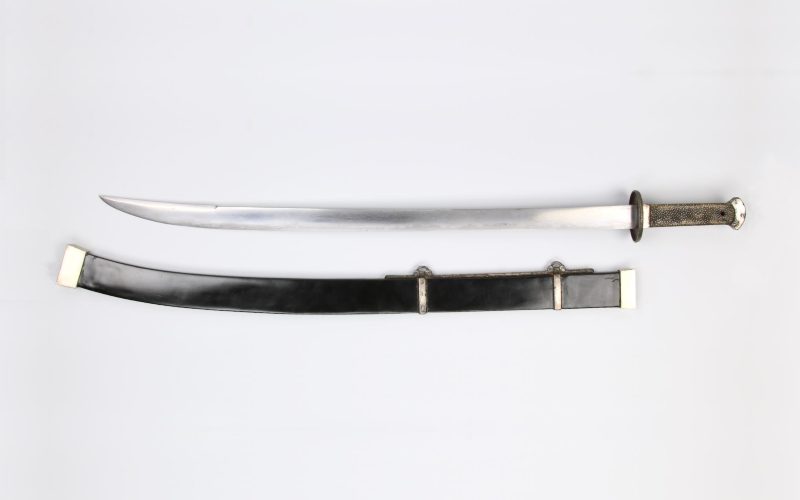 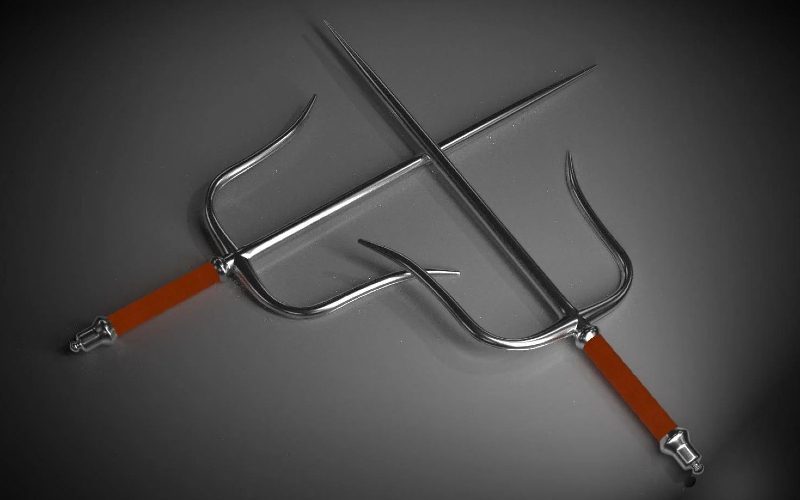