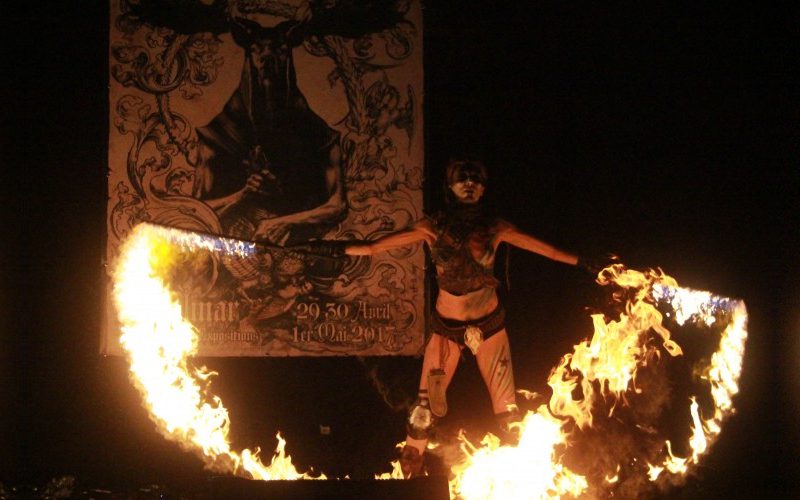 Before katana swords and lightsabers dominated western fiction, fire swords represented a power from beyond the human realm. Elemental swords, such as a sword of fire and ice, are mainstainsays of traditional fantasy media to the point that they’re still used today just as they were in Norse and Germanic mythology.

One of the most popular longswords made with fire is a blade featured in the Bible. While you might think that fire swords today are just for juggling tricks, there are fire swords in modern media that retain the same themes as the first flaming swords to appear in oral and folkloric traditions. What’s even cooler is that you can have ones that you can juggle and perform tricks with.

Fire Swords in the Norse Tradition

The flaming sword is a motif of other religious and spiritual traditions such as Norse myth where Surtr, a giant made of fire, is said to wield a flaming sword in the Voluspa. The sword is described as shining with the “sun of slain gods” but it’s also possible that the flaming sword is more a poetic way of describing Surtr’s destructive capabilities.

Fiery Sabres in the Hindu Tradition

Vishnu, one of the foremost gods in the Hindu tradition, is said to have multiple incarnations with his final one being Kalkin. In prophecies, Kalkin is said to be the harbinger of the next cycle of existence. It’s said he will bring forth this cycle a second time as he rides on a white horse and wields a flaming blade.

Flaming Swords in the Christian Tradition

A flaming sword is wielded by a cherubim in the book of Genesis. God places a cherubim outside the garden of Eden to prevent Adam and Eve (and humanity as a whole) from returning to the garden after their exile – a punishment for disobeying his orders to not eat the fruit of the tree of life.

There’s no actual given name for God’s sword, but it’s said to be made of whirling flames, capable of turning every which way. This may be poetic language meant to describe the flickering of the flames. As for who uses it, many archangels are alluded to have a flaming sword, but the most likely candidate for the one used in Genesis is Archangel Jophiel who leads the cherubim.

Actual fire swords are even rarer in real life simply because they can’t exist in a practical sense. What we do have are a few instances of flame-bladed swords that stand out in a sea of practical scythes and tridents.

These swords are called flame-bladed swords because of their wavy blades that undulate from side to side, giving the impression of a flickering flame. Swords such as the German Flammenschwert and the French Flamberge as examples of this.

Fire swords can commonly be found in anime like Kimetsu no Yaiba: Demon Slayer where Japanese Katanas are often seen, but they also exist in real life in the form of swords used for live performances. These are called “fire performances” which can range from poi spinning to fire eating to juggling swords that are set on fire.

Juggling fire swords and similar fire performances were first used in rituals and ceremonies such as the celebrations of Jewish sukkot holidays and devotional performances for Xiuhtecuhtli, the Aztec god of fire.

Picking Out Your Fire Sword

Fire swords come in two primary types: a stainless steel sword that’s set on fire and a specially crafted sword that is designed for sustaining a flame. The former looks more impressive but tends to break faster since the heat ruins the blade overtime.

This is why modern fire swords are made of kevlar instead of stainless steel. Not only does the material withstand the heat better but the kevlar produces a more dramatic effect and allows the sword to be durable while remaining lightweight for easy juggling routines.

That said, it’s still best to let your fire sword cool before relighting it again to prevent cracking produced by sudden changes in temperature. As you can guess, this also means you can’t dip your fire sword in water to put out the flames.

Fire Swords You Can Get Online

Gora fire swords are the gold standard for juggling fire swords. These swords are manufactured by Gora, a brand that specializes in juggling props so you can trust that you’re getting a quality prop that can be used repeatedly.

This Gora fire sword is made primarily of wood to give your performance a more medieval flair. A favorite among ren faire performers, this iteration of the Gora fire sword has a long handle that can accommodate both hands and can be easily caught as the sword falls. A large handguard separates your hand from the rest of the “blade” so there’s less risk of burns in case of any accidents.

A shorter version of the Gora fire sword, this juggling prop features a spiral candy cane design on the handle that adds to the whimsical appearance of the sword while you’re performing with it. Other than the shorter blade and the stainless steel handle, the sword is the same as the previous one, so picking between them is ultimately a matter of your preference.

Fire swords have been featured in religious and spiritual traditions throughout history. Back then, they were used as part of ceremonies to honor deities. The elaborate performances that emerged from these ceremonies later went on to be used for live performances. You can take part in this millenia old tradition with a quality Gora juggling fire sword that’s specially made for repeated performances. 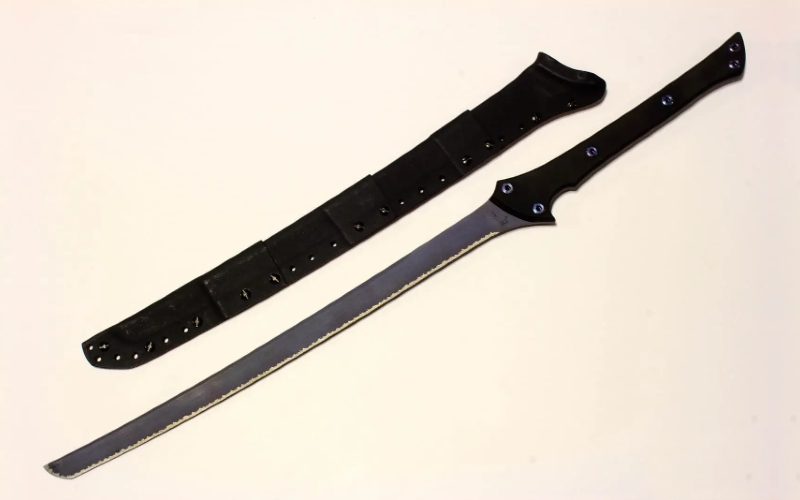 Are Titanium Swords Worth the Hype?

Modern science and technology bring out non-traditional materials in sword blades. Titanium is strong, lightweight, and corrosion-resistant, but is it 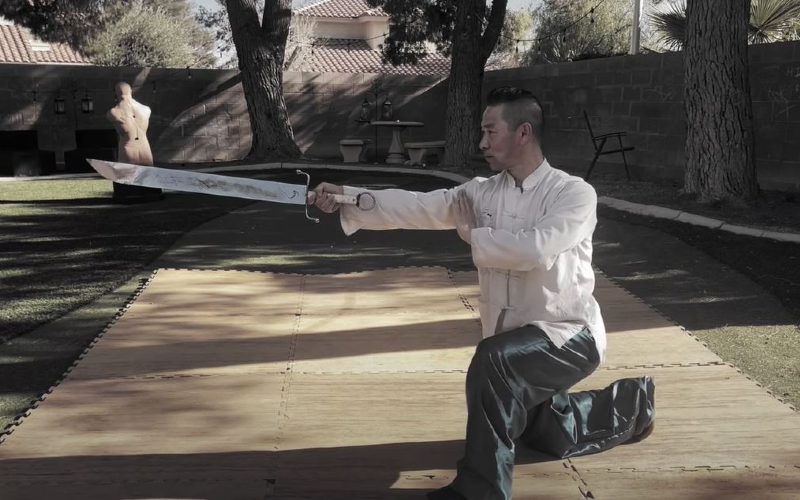 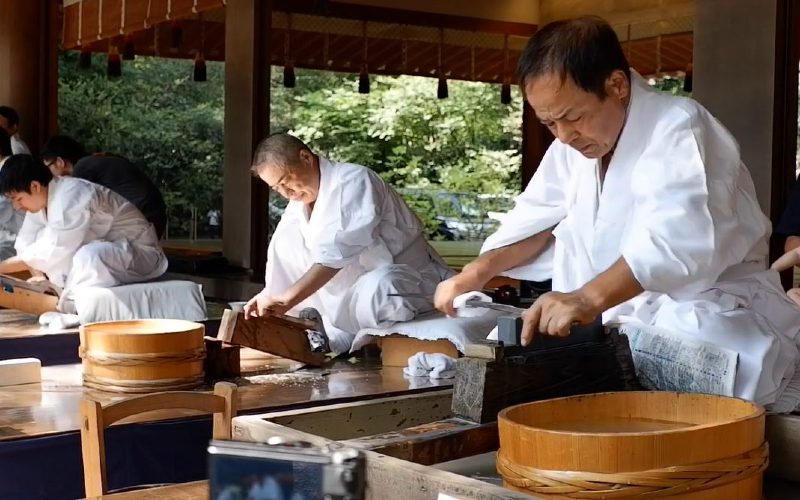 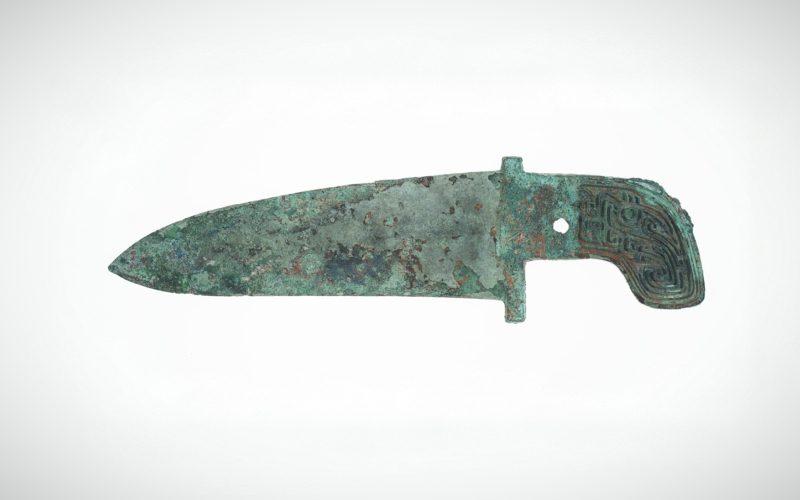