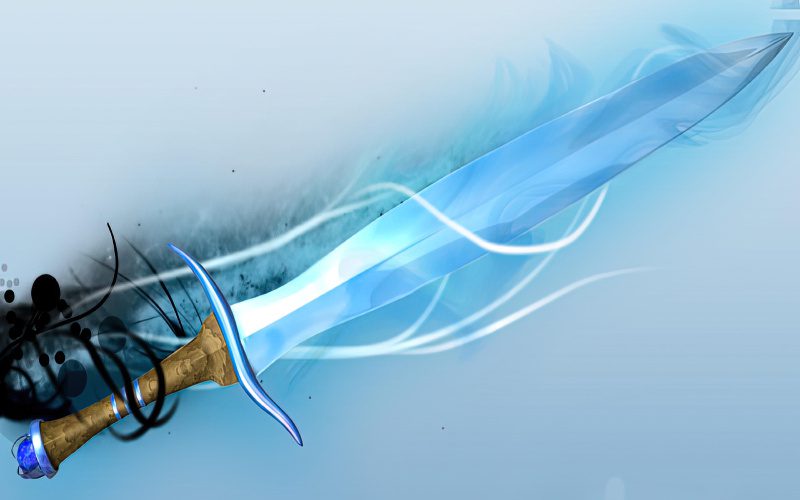 The Brisingr sword is one of the many blades that make an appearance in Christopher Paolini’s The Inheritance Cycle, a fantasy book series that revolves around a young boy named Eragon and what is practically the last dragon in Alagaesia in the early parts of the series, Saphira. As with any fantasy series, our man at arms in the making learns the art of fighting with a broadsword instead of being a blacksmith like his friend Horst.

But let’s backtrack for a bit. To understand why the Brisingr sword is so special, we first have to see how it compares to the other swords in the series.

In real life, katanas are popular symbols of martial skill and honor, bonus points if they’re made of damascus steel, depending on the setting. In the world of The Inheritance Cycle, it’s Rider’s swords that take center stage.

These beautiful blades were especially crafted for the Dragon Riders by an elven blacksmith called Rhunon. Rhunon was the greatest elven smith of her time and though she was known to have a difficult personality, no one got in her way because of her skill at making weapons. This turned out to be a great choice as she was the one who later made swords for the Dragon Riders following a peace treaty between the elves and dragons.

Rhunon made each dragon sword out of brightsteel, a metal that could only be harvested from meteors. Despite her personality, Rhunon had a good heart and would continue to make Rider’s Swords only for the use of the Dragon Rider order as part of their duties to keep the peace. However, Rhunon stopped making the swords when Galbatorix betrayed his fellow riders.

Not even Brom or Oromis could convince her to help them defeat Galbatorix by making a sword.

Rhunon only broke her oath when Eragon came to her home for help and as a result, she took control of his body in order to make the sword through him. For mystical reasons, this not only allowed Rhunon to make a sword without technically breaking her oath, but also imbued Brisingr with a more direct power as it was crafted from its wielder’s own hands.

So far, we know of the following Rider’s swords aside from Brisingr:

Undbitr is one of the blades used by Brom during the time of the Dragon Rider order. It was meant to match the color of Saphira, but was later lost in battle. It is technically replaced in function by Brisingr.

Zar’roc is a red Rider’s sword once used by Morzan, one of the riders who betrayed the order. Because of this, it’s fitting that its name in the ancient language of The Inheritance Cycle means “misery”. The sword later passes to Brom who hands it over to Eragon after seeing that he was Saphira’s new rider.

Naegling was a gold Rider’s sword that belonged to Oromis. Its color was meant to match the dragon Glaedr, but was lost to Galbatorix following a battle. Naegling also happens to be the name of Beowulf’s sword in the epic poem ‘Beowulf’ from Hygelac that originally belonged to Hygelac’s father Hrethel.

Tamerlein was an emerald green Rider’s sword owned by Arva. After his death in the fight against the Forsworn Kialandi, it passed to his sister Naudra before becoming the sword of Arya. if not for the blade length and width, it may have ended up being Eragon’s sword. However, it was not suited to his fighting style and he felt “rejected” by the blade.

Arvindr is the most mysterious of the Rider’s swords. It was purple and may have belonged to Thuviel, though not much else is known about it.

Vrangr is the most tragic of the Rider’s swords. Originally named Islingr, which meant “light bringer”, it once belonged to the dragon rider Vrael. He was later killed by Galbatorix who took the sword for himself and called it Vrangry, meaning “awry”.

Why the Brisingr Sword Is the Deadliest of Eragon’s Swords

While the other Rider’s swords are described as having beautifully ornamented crossguards and scabbards, the Brisingr sword stands out for its half sword style hilt made of a shiny black wood. Its forging is implied to be miraculous in The Inheritance Cycle for two reasons. First, it was made through a technically unbroken oath and second, it was made using a rare material that had been believed to be extinct at the time of its creation.

Unlike the previous swords that came before it, Brisingr was made in less than a day. Aside from its sapphire encrusted details, Brisingr held a one of a kind power: It could erupt into blue flames.

However, this could only work when Eragon called upon the blade as not even she could do so. Since this difference between the Rider’s swords only came about with this new joint forging method, Rhunon theorized that Eragon learned the sword’s true name because he made it with her.

The Brisingr Sword Is Based On the Real-Life Falchion

The Brisingr sword gets a rather lengthy description in the books that lines up well with the French Falchion sword. This type of blade features a curved edge that resembles a saber. This makes it a powerful sword with flexible application that retains a touch of aesthetic sensitivity.

This also makes buying a Brisingr sword replica fairly straightforward as you can base it on your experiences of purchasing sabres. Of course, that’s not something everyone has done so here are tips on what to look out for.

The first thing you need to check is the blade and the way it connects to the handle. Give it a fair shake and look for rivets on the handle to see if it’s full tang. A full tang blade means that the blade is fully connected to the hilt and has a portion of it embedded in the hilt rather than just glued on at the end.

Also, have a look at the handguard and its size. Does it fully cover the top of your hand? Some blade guard designs are more minimalistic than others, such as in the case between the katana and rapier, but a Brisingr crossguard should be able to protect your hand from slipping onto the blade at the very least.

The Brisingr sword is up there with the likes of Glamdriel when it comes to beautiful fantasy blades, but its owner’s direct involvement in its creation sets it apart from its fellow Rider’s swords and fantasy swords alike. You can get a beautiful, durable replica by keeping an eye out for build quality signs such as full tang blades and guard size. 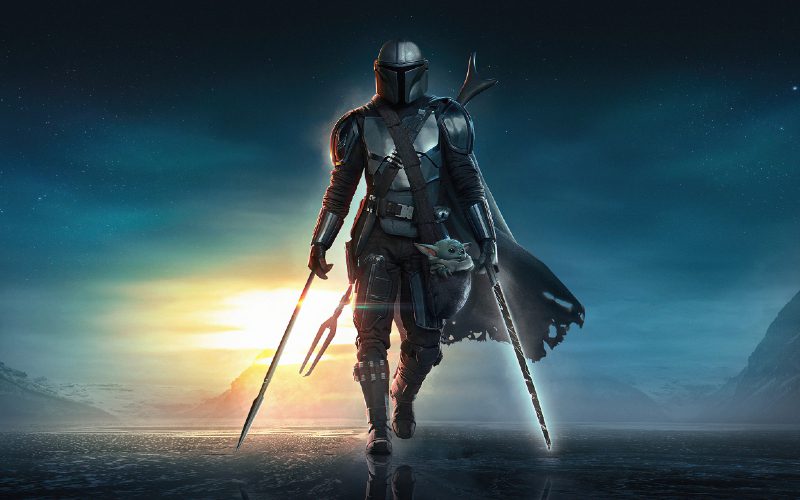 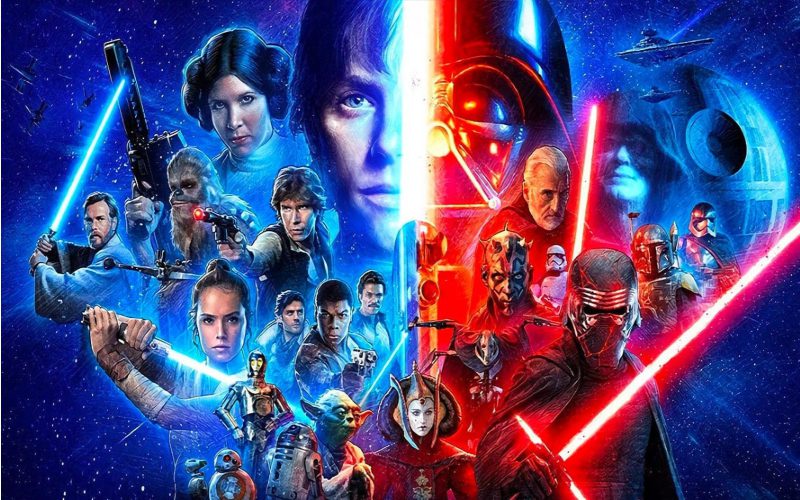 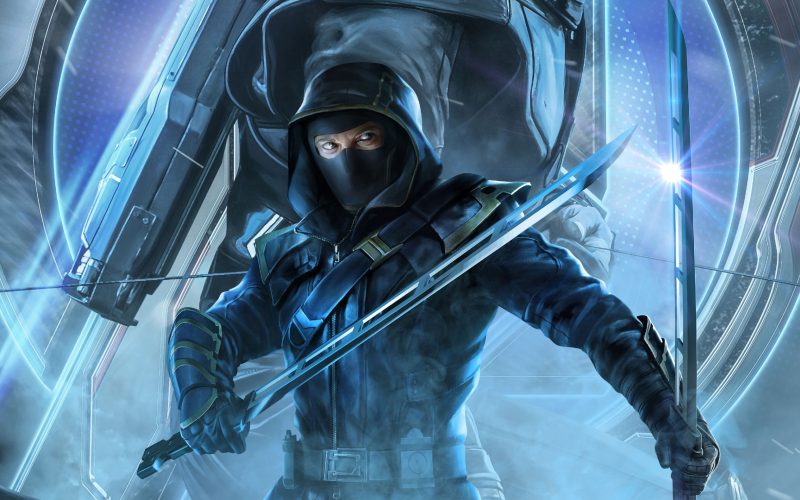 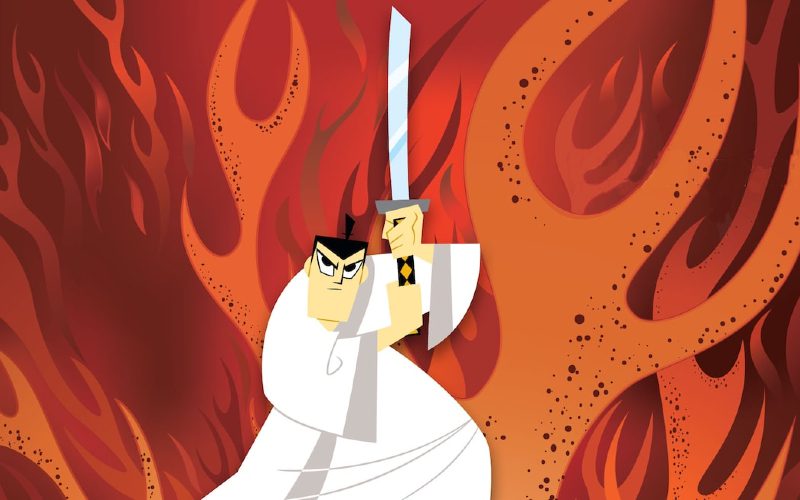