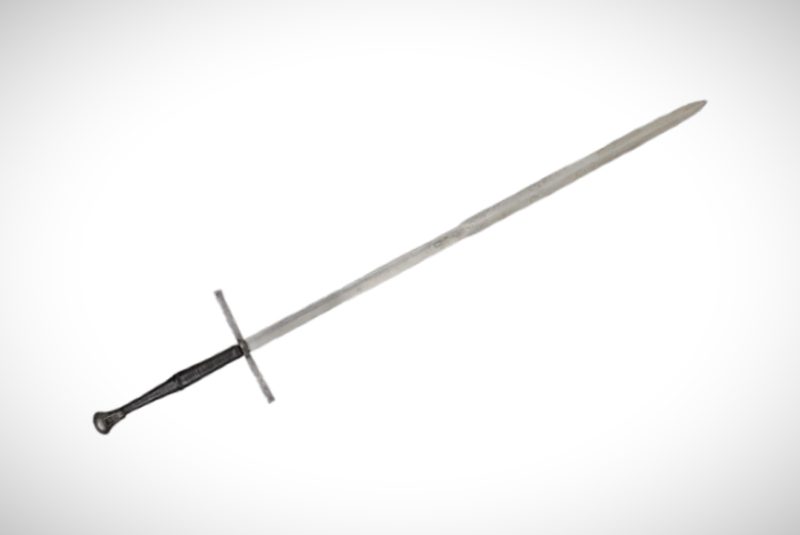 The Boar sword is a 16th-century hunting weapon with a distinct look. It was created to slay wild boars and proved very useful in hunts mainly because of its crossbar and wide blade tip.

In this article, we will explain what a Boar sword is and all its types. Then we will go over its most common and interesting characteristics and explain how they are best put to use. We will finish by going through the Boar sword history and comparing it with the Boar spear.

What is a Boar Sword?

The Boar sword was made for boar hunting. Therefore, its name is not symbolic, as some people might believe.

Boar hunting was popular among serious hunters in the medieval/renaissance age, partly because the boars could actually fight back and had threatening and very dangerous tusks. At first, boars used to be hunted with spears. Then, near the end of the 15th century, the Boar sword with a stiff blade and a crossbar came into use.

While everyone could manage with the easy boar spear, only the bravest warriors or leaders of lands used boar swords to improve their worth and signify their superiority.

Although there isn’t any real classification for them, you will almost certainly see these two types of boar swords when you search for them.

This typical Boar sword looks like a normal long sword at its handle, guard, and neck of the blade. But closer to the tip, the blade gradually becomes wider, then nearing the end of the blade’s tip, it widens, almost resembling a spear tip point.

Boar Sword with a Traverse Bar

On the other hand, the Boar sword with a traverse bar has two steel quillons branching out on either side just before the widening of the blade. This design comes directly from the previous Boar spear, which helped a lot when stabbing boars either in the neck, belly, or back.

This sword was used more as it proved to be a much better hunting weapon without having any possibility of the boar making its way through the blade and attacking the hunter.

Characteristics of the Boar Sword

The most visual characteristic of the Boar sword that differentiates it from any other sword is the widening of the blade tip. This makes it look almost like a hybrid spear-sword. The other significant characteristic is the crossbar.

This makes it the ideal blade length for a thrusting and stabbing motion that won’t break on impact. It is also just long enough to reach the heart of the boar. The blade starts out thinner and widens closer to the edge. It is only sharpened at the end, though.

This double-edged tip point of the Boar sword is the only sharpened part of this blade. It is a very interesting technique that is done mainly to keep the boar at the tip of the sword. This means the boar will have a much harder time moving across the blade to get to the hunter.

A piece of metal was put across the end of the blade so that the charging boar couldn’t run up the blade and disembowel the hunter.

The boar is a dangerous and fast-moving animal that strikes head first. Even as it is dying, it will keep trying to climb up the blade of the sword but will get caught on the blade stop, making it immobile.

The crossguard of the Boar sword is made to be very large. It can span a total width of around 10 inches (25 cm) and is usually as big as the handle itself.

The guard is made this big so the user can manage the sword with two hands without worrying about losing his grip on impact. Another usage is if the Boar somehow manages to pass through the blade, it will need to work its way through another layer of obstacles to get to the hunter.

The handle of the Boar sword is very big and wide. It is usually around 10 inches (25 cm) long but can go up to 12 inches (30 cm). Usually, it is made of wood and then layered with leather to create a better grip.

Hunters needed a Boar sword with a very big handle to withstand the massive impact and power of the boar. The handle has a two-handed ridge in the middle, offering an excellent grip when wielding it with both hands.

The beginning of the handle, or the pommel of the Boar sword, is usually quite big. It can be many different shapes and variations, but it is likely double the handle width.

The purpose of the big pommel is to provide much stronger support to the hunter’s hands and offer better overall stability when wielding it. Usually, the pommel can be shaped like garlic, circular and round, sometimes even like the heads of animals such as boar or deer.

The scabbard of the Boar sword can be made either from leather or wooden material.

As kings were using these swords, it usually meant that the scabbard was ornate and decorated with all sorts of possible hunting trophies that the owner had achieved in his life.

The overall length of the Boar sword can range from 43 to 53 inches (110 to 135 cm). This means that it isn’t as long as the German Zweihander, for example, but it isn’t that short either.

This is a perfect size for a hunting sword that can withstand a substantial amount of impact from a rushing boar. The sword isn’t likely to break, and it has just enough range to keep the wild beast at bay.

The average Boar sword can be quite heavy. It ranges around the 4.4 lbs ( 2 kg) mark.

Uses for the Boar Sword

You can use the Boar sword for slashing or thrusting, although the slashing ability isn’t helpful. This is because only the blade’s tip is sharpened, so when slashing, it will only cause damage from there. Furthermore, if the crossbar is attached, it will get stuck on the side of the boar, and you might even lose your grip on the sword.

That is why thrusting is the biggest and best usage for the Boar sword. While it is a perfect thrusting tool, it isn’t meant to go deep inside the boar itself. Instead, it needs to do just enough damage to stop the boar from running away, making it fantastic hunting equipment.

The purpose of the Boar sword is to hunt boars.

The Boar sword is long enough to keep control of the sword and withstand a boar’s strong impact and attack. When the sword cuts through the boar’s flesh, it will stay inside since the blade is only sharpened on the tip.

The broad edge of the blade causes a wide, crippling wound that results in blood loss as the blade pushes into the flesh and the animal fights against it. The boar sword doesn’t go as deep because it makes a wider wound instead of a deeper one, keeping the hunter further away from the dangerous animal.

Hunting with the Boar sword was generally accompanied by many hunting dogs. There were also more people around the hunters with long-range hunting spears.

History of the Boar Sword

The Boar sword originates in Europe, most likely German, dating back to around the 16th century, particularly around the 1550s.

Before this hunting sword came about, the Boar spear was the main weapon used for hunting boars. In many instances, it proved less useful since the boar could just run away.

With the German Boar sword, it was certain that if the beast did get stabbed, the boar wouldn’t be able to run away, increasing the chances for a successful hunt.

Most of the time, hunters used swords to finish off an animal that had been shot or speared. However, boar swords were used as the main weapon. Hunting swords often had elaborate designs and were engraved with scenes of the hunt.

With time the Boar sword became the main hunting weapon for nobility. One couldn’t win a trophy by throwing a boar spear from kilometers away. They had to have an alleged one vs. one fight.

The Boar spear is a staff with a long spearpoint and “lugs” or “wings” to stop an injured boar from climbing up the shaft. The average length of the Boar spear is around 78 inches (2 meters), but the shaft could break in melee combat. So it is best for use as a ranged hunting weapon.

The Boar sword, on the other hand, could prove a very deadly tool in melee, much greater than that of the spear. The biggest advantage of the Boar sword is that it could result in certain death of the boar in melees, but it also carries its own risks.

Using the Boar sword proved a much harder and more challenging task. For that reason, veteran hunters considered it a better hunting tool.

Although the introduction of guns replaced the Boar sword, swords still played a very interesting role in the history of hunting. Today, it is a very popular sword seen in movies, anime, and books alike, even for slaying much bigger beasts than boars. 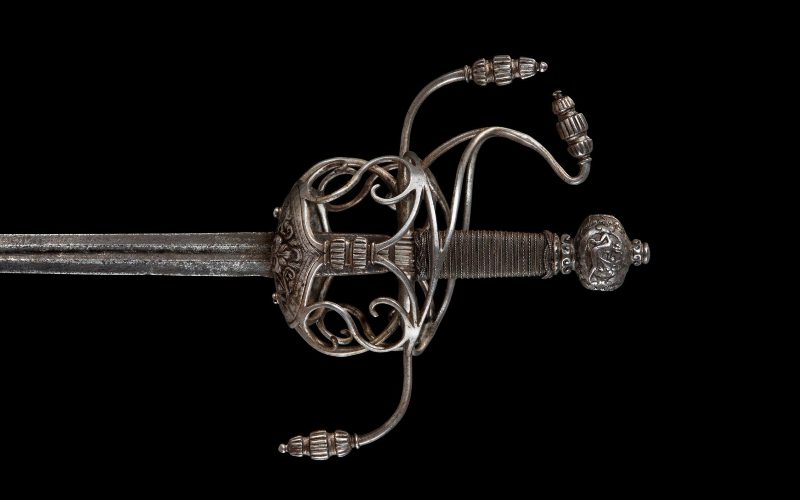 Side Sword: The Predecessor of the Rapier Sword

The Side sword is the direct predecessor of the long and thin Rapier and the successor of the Knightly sword. 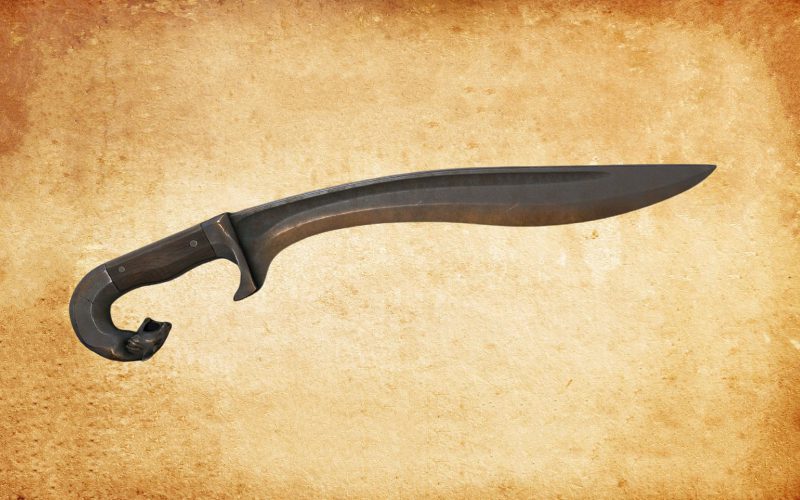 The Falcata was an ancient sword that was used often in Iberia, modern Spain, before the Roman conquest. It has 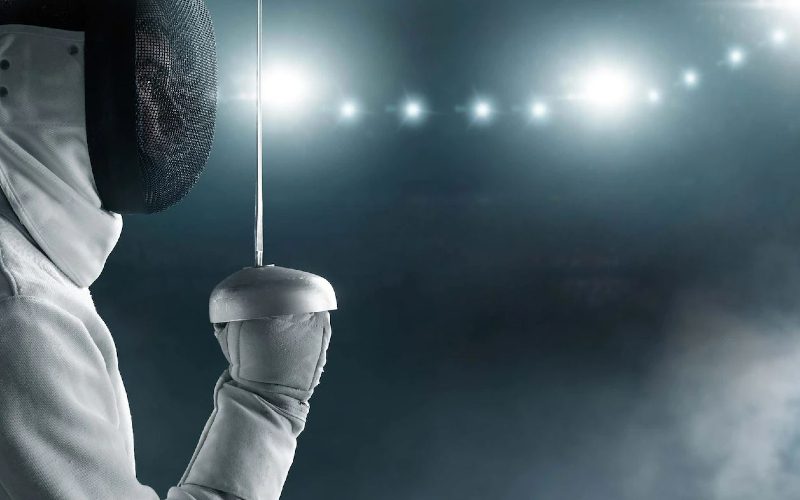 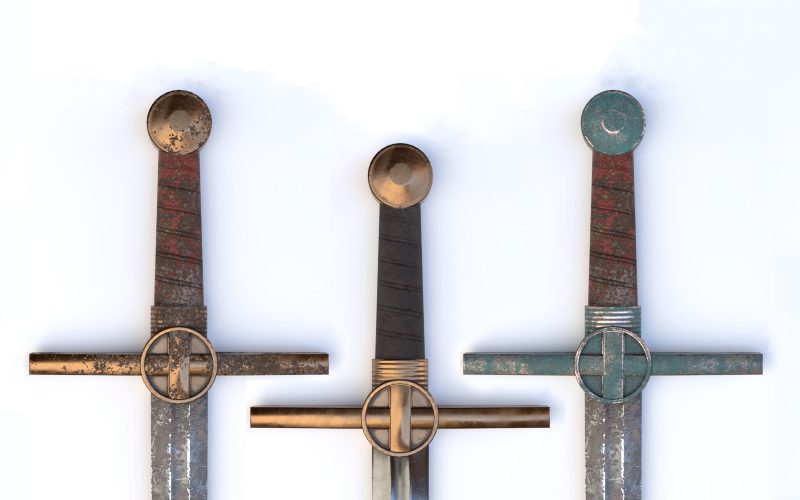