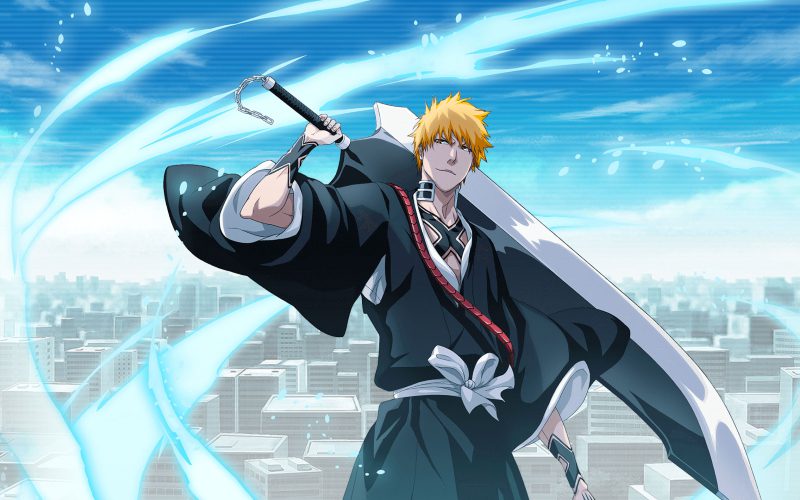 Whether you’re following the anime or manga, Bleach is easily one of the best series when it comes to having cool swords that you just can’t get enough of. The show’s shinigami protagonists are known for their ability to wield powerful swords known as zanpakuto. These zanpakuto are said to contain a spirit that’s connected to the ’s owner, giving both of them additional strength and powers.

With such a badass description, fans can’t help but want their own zanpakuto. Before acquiring one, though, there are a few things to keep in mind about buying katanas that will make obtaining your first Bleach replica easier

What You Should Know About Replica Katanas

Many first time buyers of replica katanas forget that they’re buying a replica, not a top-grade katana from an experienced Japanese blacksmith. While you can count on your replica to look exactly as it does in Bleach, you can’t expect it to do any real fighting.

Not only are replicas not sharpened to function like a real , but they aren’t built to be sharpened or impact. Attempting to turn your replica katana into a “real katana” by sharpening it for a duel will only result in you having a broken blade.

11 Bleach Replicas For You to Check Out

Soul Society’s shinigami almost exclusively wield swords, most of which are based on the Japanese katana. Whether you’re looking for one that you can display as an artifact, use as a cosplay prop, or add to your otaku merch collection, these swords will do the job.

Ichigo Kurosaki, the main protagonist of Bleach, changes his a few times throughout the show. One of the most of these memorable changes is when he finally found his true zanpakuto, a pair of swords designed for dual wielding.

Unlike his slender katana-style zanpakuto, the dual wield zanpakuto are built for a fighter using brute force. The larger replica features a hollow, cut-out blade that tapers to a curved tip, giving the impression of an oversized knife. Meanwhile, the smaller replica that augments the fighting style of the bigger has a saber-like handle that makes it comfortable to hold together with its twin.

Even if you barely watched Bleach, you’ll likely remember Renji’s for his bright red hair. His zanpakuto, a classic-style Japanese katana, pays homage to his character design with a red scabbard and handle.

This replica has beautifully crafted gold-toned hardware. Especially notable is the tsuba which has a traditional pattern design. It gets all the details from the anime right, but it’s tastefully made enough that it wouldn’t look out of place in a collector’s display case.

Like Renji’s Zabimaru, Grimmjow’s zanpakuto is a timeless looking that you can show off to anime fans and history enthusiasts alike. Its purple cord-wrapped handle is tipped with a gold-toned pommel. At the end of the handle is a Z-shaped tsuba that resembles a lightning bolt.

When he isn’t running around with his dual wield zanpakuto. Ichigo is slaying demons with his black Tensa Zangetsu katana. This stylish blade features the same traditional silhouette as the earlier swords, but it has a decidedly modern feel thanks to its monochrome black blade and scabbard. The only pop of color you get with this replica Tensa Zangetsu is the red diamonds along the handle that formed because of the handle’s wrapping.

This sparse use of color makes the Zangetsu look even more eye-catching, making it the perfect centerpiece for your room’s wall decor.

Byakuya’s Senbonzakura has the looks to match its name which translates to “thousand cherry blossoms.” The dainty has a snow-white scabbard and pure silver-colored blade that gleams under light. Its tsuba and hardware details feature the same gold-toned metal that gives this already beautiful an even classier feel.

For a blade with such a scary looking owner, the Nozarashi is exceptionally elegant. That is, if you can overlook the jagged edge that has been chipped by its master’s careless use. Nozarashi’s real-life replica keeps this detail but more than makes up for it with a pure white handle and scabbard. The katana even has its own unique tsuba which looks like an over-sized spacer bead rather than a handguard.

Toshirou uses his Hyorinmaru zanpakuto together with his water and ice themed bankai form and shikai abilities. Because of this, Hyorinmaru’s design is intended to look as dynamic as the waves that its master summons.

This Hyorinmaru replica doesn’t fail to evoke a water-themed aesthetic. The comes with three different shades of blue. A light cerulean colors the handle while a deep navy shade can be found on the handle. To tie it all together, there’s a teal blue strap that gives the a ton of visual impact and simulates what the looks like when used in its bankai form.

Murcielago is a one-of-a-kind zanpakuto with a special ability so powerful that it was forbidden to be used within the Las Noches fortress. The ’s unique power was that it could enter a second state that gives its owner the power to rapidly regenerate his body during combat.

While this replica Murcielago has no added health benefits, you won’t be disappointed with its fine craftsmanship. The uses a uniform teal blue all throughout its scabbard and handle design. Its details and rapier-inspired handguard are done in a fitting silver tone metal.

There’s a lot of variation between the shinigami’s zanpakuto swords, but Kisuke’s Benhime stands out for being the only straight . Its rigid, two-toned blade and red pommel tassel will likely remind you of the Chinese jian.

The has an understated elegance that’s mostly due to the pronged bronze-colored handguard and the red cord tied around it. It comes with a black leather scabbard that keeps the ’s blade neatly tucked away without hiding its decorative elements.

Rukia Kuchiki’s Sode no Shirayuki is renowned throughout Soul Society because of its beauty. Though the doesn’t look like much compared to the Pantera, it has an ethereal quality to it that sets the apart.

This zanpakuto’s manifested spirit is a beautiful white-haired woman which is probably why the itself is all white and has a sleek, guard-less blade. In its bankai form, the katana gives Rukia an all-white outfit transformation that makes her look a little like Sode no Shirayuki’s manifested spirit.

Sadly, this anime sword is just a replica, but it includes a long strip of white ribbon that’s meant to mimic the visual effects we see in the anime whenever Rukia uses her zanpakuto.

As an Arrancar, a kind of Hollow that has gained shinigami powers, Nelliel has access to a number of shinigami abilities including being able to wield her own zanpakuto. Just as Renji’s Zabimaru matches his character design, the Gamuza is made to match Nelliel’s green hair.

This simple yet finely made replica comes with a green scabbard and handle that, when sheathed, makes the look like a bamboo stalk. The gold-toned handguard resembles a rapier, though the blade is still clearly that of a katana.

There’s a certain stigma attached to owning anime merchandise that scares anime fans off from getting merch from their favorite anime. These amazing Bleach replica swords are a cool alternative that let you commemorate your favorite shows without having to pack your walls with anime posters. Plus, you can pretend to be a shinigami with these swords, well, provided that you remember not to swing them against your furniture. 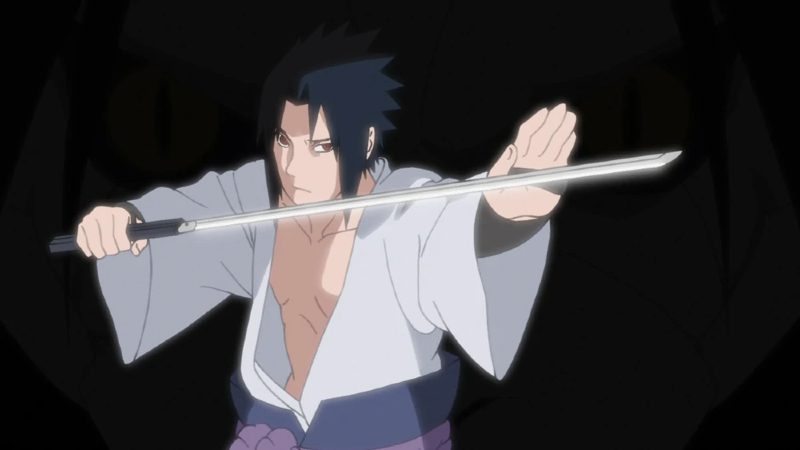 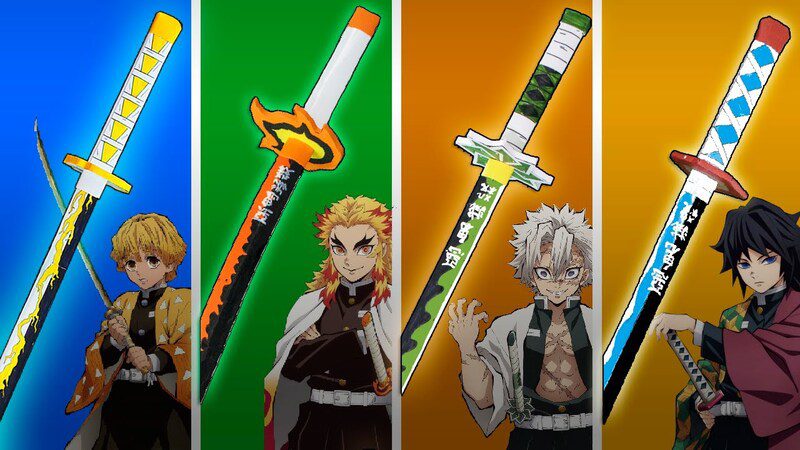 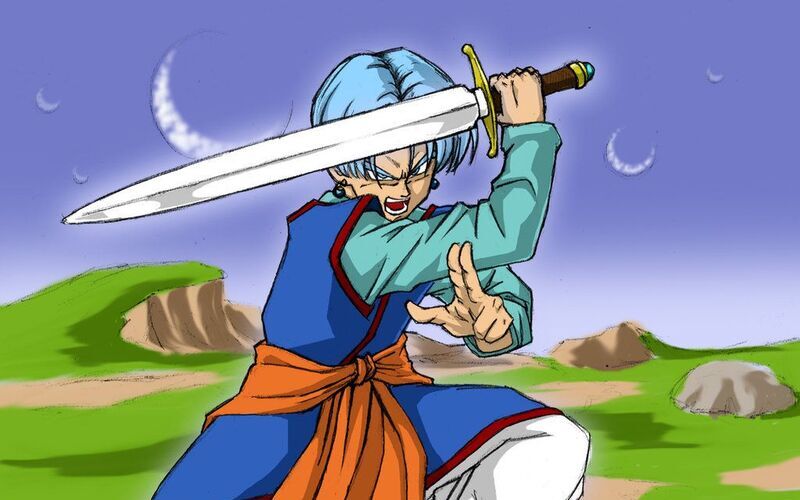