African Swords History: 22 Blades You Should Know About 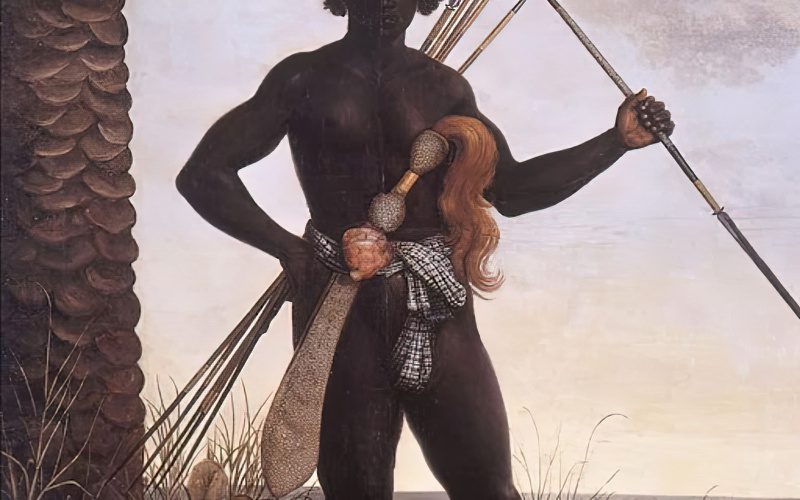 African swords are bladed weapons that people have traditionally created and used throughout the African continent. Each region, culture, and historical era has produced its own unique set of swords. African swords are some of the most underrated weapons in the world.

There are many distinct kinds of African swords, each with its own distinct history. The development of humanity and the use of tools dates back to prehistory and reached its peak in Africa. Some of the most well-known African types of swords will be discussed in this article, along with a few you may be less familiar with.

The most famous sword of Africa is the ancient Egyptian Khopesh. This sickle-like sword is designed to replicate both an axe and a sword. Half of the blade is straight, but then it curves radically.

Originally the sword originated from an epsilon axe rather than the sickle, as many would have thought. It influenced many other ancient swords with its design.

This African sword is a national symbol of the Ashanti or Akan ethnic group of western Africa, modern-day Ghana. These can come in various sizes and are often used as ceremonial swords. The oversized and ornate round pommels can sometimes be covered with gold, but their biggest characteristic is the large machete-like blade. The blades have openings and distinct shapes at their edges.

Although the Mambele is mostly used as a throwing dagger, there is also a Mambele sword much similar to the dagger. It was used by the northeastern tribes of the Congo, previously known as Zaire, by the Azande and Boa peoples.

This is fundamentally a sickle sword, and some scholars might argue that it traces its early roots to the Egyptian Khopesh. It is a double-edged sword with different styles on the blade resembling teeth marks, widened tips, and a slight projection just above the guard.

This bladed weapon originated in Algeria around the 19th century and was specifically used by the Berber tribe named Kabyle in the eastern parts of Algeria along the Atlas mountains. The name is French, given to the old tribe’s name, Iflissen. It can be in a dagger or a cavalry size, and it can be used for thrusting and slashing because of the widened tip resembling a Yatagan or Kilij.

The Nimcha is a one-handed, single-edged curved saber primarily used throughout the lands of Morocco, Tunisia, and Algeria or the top northern parts of Africa. Its direct roots are puzzling, but it was in the 16th or 17th century when the earliest examples were found. The interesting thing about them is that the blades were imported from the Middle East or Europe.

Another sword heavily influenced by the medieval Islamic swords of North Africa, such as the Takouba, is very similar to those used by the Mamluks. They were mostly used throughout Sudan, Eritrea, and Chad. It has a very European look, but the biggest characteristic is the langet, or the quillon, coming onto the blade of the sword itself. It was mostly encountered in colonial times and was used by all classes and types of people.

The Manding is a curved African sabre that is mostly found used throughout Western Sudan used by the Manding warriors originating in the late 18th century. Some historians argue that it was influenced by trade in the east with Oman, which is why some say there is a straight and curved version.

However, the biggest characteristic of the sword is the locally made leather-wrapped handle with ribs and without a guard. Once placed inside the scabbard, it cannot be noticed that the recipient is holding a sword in their hands.

The sword highly used by the African Empire of Benin in the 17th to 19th century was the Ada, possibly called Omozo. The names come from slightly different geographical origins but are still the same sword.

The Ada was used for clearly made for killing purposes and likely for executions. It has an expanded and curved tip that is particularly powerful for chopping. Most of them were oversized and ornate to glorify the authority of the weapon used during executions.

The Shotel is a single-edged curved sword from the northeastern parts of Africa, particularly Ethiopia. The Gurade is the same sword with a straighter blade. This sword’s usage spanned from the 10th century AD through the Italian invasion prior to World War II.

The weapon also has a sickle shape, but the outside curve is mostly used for battle, as seen in photography surrounding the World War II era. These details are also noticeable in antique Ethiopian art. It was so popular that in the 19th century, some French and British officers tried to emit the shape on their swords.

The famous sword used by the Maasai people of Kenya and North Tanzania is the Ol Alem. The weapon was so commonly used in both combat and daily life that foreigners often brought them back to Europe. There is a type with a mid-rib, locally made in Kenya, and ones with flat, broad blades are brought from European lands. These African weapons were short and used as backup weapons alongside a shield and a spear.

The Takouba, or Takoba, is the sword that most resembles the medieval European sword, though it is from central Sudan. The most unusual feature of it is the very large guard. The reason behind this is that the tribe responsible for the weapon’s manufacturing, The Tuareg, were not permitted to be touching the iron or steel that had special magical powers. For this reason, only specialized blacksmiths of the Tuareg were permitted to design them.

This lead-shaped sword is known to have many different shapes and sizes, making it a highly versatile everyday tool and combat weapon. It originates from Western Africa, mostly used by the Yoruba people in the southwestern regions of Nigeria. The Ida sword is connected with the iron of the god Ogun and is said to have the magical powers to chase away evil spirits.

The Bilao is an African shortsword with a simple-looking blade but one that can have quite a bit of ornamentation on its pommel. It can have between one and three pyramidal points. The blade resembles that of the Roman Gladius, and it is made for quick and fast stabs. There are different types, making it sometimes a dagger and a shortsword.

The Kuba Ikul, although looking and having the dimensions of a knife or dagger, is known as a Peace Sword and was an object of status and prestige. It was used by Kuba warriors known for their ferocity and battle initiation, so it is likely that by wearing this sword tucked in their belts, they could avoid capture.

A large number of these were used strictly for ceremonial purposes rather than for combat at all. These ceremonies could include gifting a Kuba Ikul to another tribe as a peace deal or simply carrying one since they were an object of prestige.

These Dahomey or Hwi are much like the Akrafena swords and come from western Africa. Although they could have been used for battle, the Hui is a ceremonial African sword. It has a lot of decorations on the blade, such as mythological or legendary creatures or events. These unique characteristics made them very popular with art sword collectors. On the other side, the pommel is replicated from those of 19th-century Europe.

The Ngombe sword originates from the Congo region of Africa and is highly characterized as a ceremonial short sword for gruesome sacrifices as well as being deadly in combat. The main reason is the lack of a guard with a very ornate pommel. The blade is also highly unorthodox, with several tips along the edge and a crescent type of blade tip.

Because of these characteristics, some historians argue that the sword could have also been used in agriculture. This fascinating weapon can have two crescents linked with the high nobility.

The Ikakalaka, or Konda, is an African sword used by the Kuba people of Congo with a relatively simple design. It has a double-edged blade that widens into two symmetrical projecting points and has a large crescent-type tip that would fool enemies as being useless for thrusting.

Although you might judge the tip as useless yourself, the Ikakalakacould be used for piercing types of armor that were used in the Congo regions, as well as hooking large enemy shields. It is a highly popular sword still seen in modern African martial arts.

These Rhino Horn-looking swords originated in Somalia and are still utilized in everyday activities like farming and military use. There are instances where this sword was used in Ethiopia as well, so it may have also gained some influence from that region. African nobility had swords like these that were highly ornate with handles made from ivory or rhinoceros horn.

This sword belonged to the African tribe Gudupe of the Fali, who resided near lake Chad in Central Africa. This sword is straight and connects to the Takouba but is significantly shorter. It was used in close combat scenarios, mostly in mountainous regions, to fight off other tribes and by slave traders looking to make a profit.

The Salampasu is a tribe with a fierce warrior spirit that defends itself stubbornly against outer influences and resides in modern-day Congo. Today, the tribe is also well known for their masks, sacrifices, and cannibalism, for which the Salmpasu sword would have been used. Although a bad reputation surrounds them, the Salmpasu lived by a code that wasn’t uniformly cruel.

The Cimpada was used by the nobility and war chiefs of Angola. This sword was part of the royal regalia and was a symbol of authority for the war chief and leader. These very ceremonial weapons had the power to silence all of the rivals of the chief simply by showing them in front of them. A certain code of authority and power was connected to it and even played a very important role in judicial trials and sacrifices.

Though primarily used as a throwing dagger, this weapon has all the characteristics of a sword. It could easily have been used like one. Its lethal range was believed to be 40 to 60 feet (12 to 18 meters). The shape of a snake/sickle on the blade could have deadly effects. It was also widely used in ceremonies in Cameroon and showed the great status of its noble owner.

The history of African swords is routinely and unfairly overlooked. When discussed, it is usually within the context of northern Africa due to its proximity to and relations with the Ottoman Empire. Each of these swords has a unique design for use and decorative purposes. 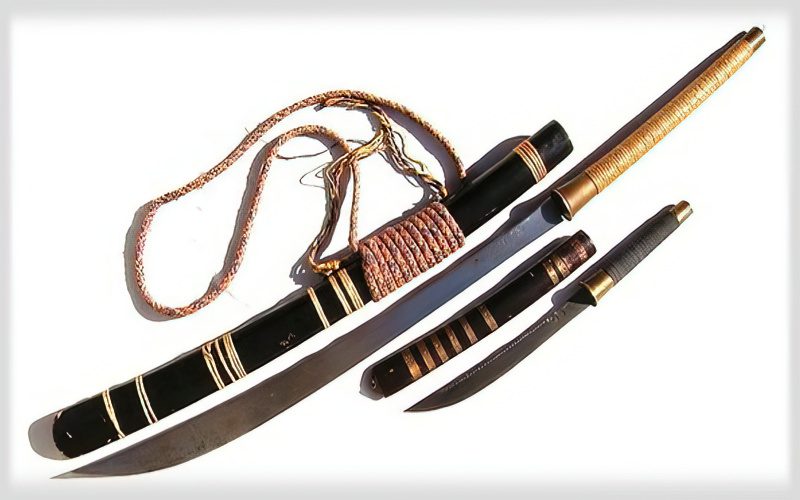 The Thai dha (or Thai daab) is a traditional Thai sword with a long and rich history. Made by blacksmiths 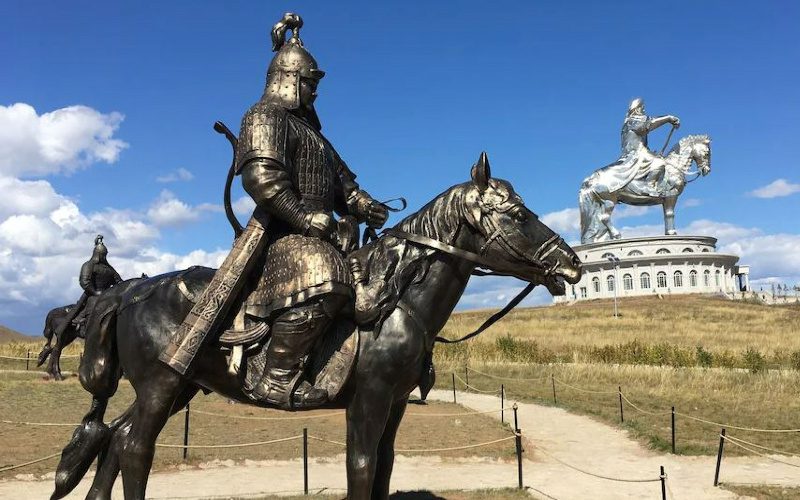 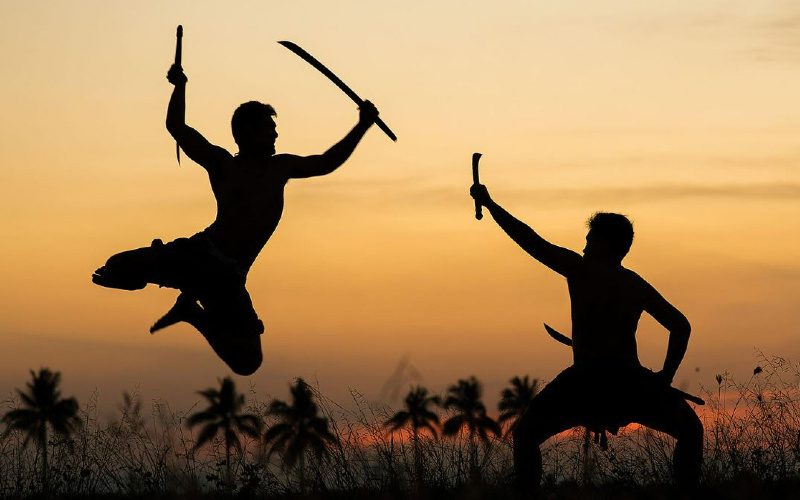 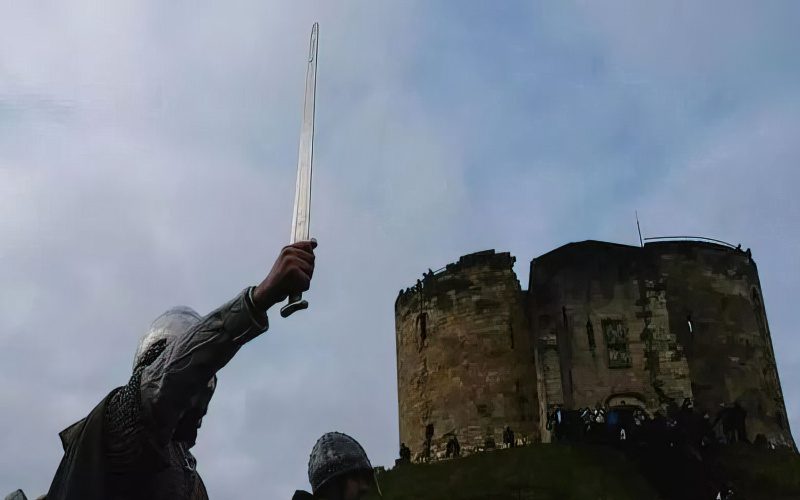 The double-edged medieval weapon known today as the Viking Sword was originally called the Carolingian sword. The Viking Era spanned